Are you an author? Would you like to share a little bit about a current work in progress on a future WIP Wednesday? If so, please e-mail Erin O'Riordan (erinoriordan AT sbcglobal DOT net).

When the sun goes down tonight, it will be Purim, that most festive of Jewish holidays. 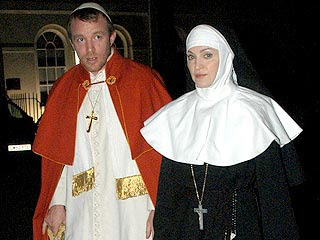 What am I working on this Wednesday? Now that I've finished "Rhapsody in Blood," I'm back to work on editing a story for the Melange Books Having My Baby anthology. This one is not erotica; its working title was "Polyandry," and as you'll see in this excerpt, it presumes a queendom in which the queen and her daughters each have several husbands:


The two women had retreated to the sitting room, leaving Morgan’s husbands and baby in the dining room as the servants cleared the table. “You know, Eva,” said Morgan, using her sister’s name within the family, “Mother was asking me the other day how you would feel about getting married.”

Evangeline laughed. She had inherited her mother’s Middle Eastern complexion, but had her father’s red hair and green eyes. A band of dark freckles crossed her nose. “I’ll bet she already has a husband picked out for me.”

“She does,” Morgan said seriously. “She wants you to marry her minister of finance, Eric de la Fontaine. She’s probably already talked to him about it.”

Evangeline, who had plopped down on the sofa, squeezed her eyes shut and tried to imagine Eric de la Fontaine. He was an older man, she knew. He was probably about forty, and not unattractive. He had lovely hazel eyes, dressed himself very well and had a sexy deep voice. “Oh, but Morgan, he’s friends with Gabriel. He must know that Gabriel and I are in love.”

Morgan sat on the sofa beside her sister. “You’ve every right to say no. But I enjoyed Eric’s company before I fell in love with Chow.” She smiled dreamily.

“It isn’t strange for you, Mor, to imagine your ex-boyfriend marrying your sister?”

“I imagine it would be even stranger for Eric, sharing beds with two different princesses.”

The doorbell rang. A moment later a servant came in, bowed and said to Evangeline, “Excuse me, Highness, but Her Majesty is here to see you.” Evangeline and Morgan went to greet their mother.
Queen Jasmine greeted her daughters and sons-in-law warmly. She took the baby from Chow’s arms and carried Lily into the sitting room, saying, “Come, Evangeline, we have to talk.”

“I already know what you’re going to say, Mother,” said Evangeline, being a bit smart. “You want me to get married.”

“I’d like to retire from all the formalities of public life soon,” the Queen said. “As my successor, you must be prepared. A husband would help you keep your personal life in order as you adjust to public life. I’d also like to know that you will have a successor.”

“Mother, I’m only twenty. As I’m sure you’ve heard, I’m in love with John Gabriel. Gabriel has told me that he’s be more than happy to provide me with an heir. . . after he and I are married, of course.”

The queen said, “I certainly do hope you’re taking precautions to prevent me having an illegitimate grandchild.”

“Let’s suppose for a moment that you’ve decided to take John Gabriel as a second husband. He is, after all, Irish, and not of royal ancestry. If you have to take a native-born man as your first, how would you feel about Eric de la Fontaine?”

“He’s handsome enough, I suppose. I barely know him, though – and doesn’t he already have a wife?”

“I’ll arrange for you to meet with him,” was the Queen’s only reply. She did not stay to socialize. She handed Lily back to Chow and said goodnight.

After the Queen left, the women returned to the sitting room. “Eric never did get married,” Morgan told her sister. “I guess I ruined him for all other women.”

Evangeline sighed. “How well did you know him, Mor?”

Morgan shrugged. “As well as I ever knew any man before Chow and Oba. I thought about marrying him, but…”

“He was married to his job at the finance ministry.”

“So he’s one of those guys who’s obsessed with his career,” Evangeline said. That might not be such a bad thing, she thought. Since Gabriel already fulfilled her emotional needs, a husband who’d stay out of her hair and stick to official Avalonian business might not be so bad.

“I wouldn’t say that,” Morgan replied. “He’s an old-fashioned patriot, Avalonian to the core. He loves working for the ministry because he gets to do his duty, serve his country. He’s really very sweet, Eva.” She ran her fingers through her sister’s straight red hair. “Besides, he has that gorgeous curly hair. Don’t you want to pass that on to your babies?”

Chow entered the sitting room, carrying a softly whining Lily, and took a seat beside Morgan. “I think she’s hungry,” he said.

Morgan lovingly took her baby, rested Lily’s tiny head on her shoulder and comforted the little bundle. “She just misses her mama.”

“I bet you can’t wait until you have one of these,” Chow said to Evangeline.

Evangeline laughed. “Mother may want me to get married, but she can’t make me have a baby. It’s a lot of responsibility…and I always imagined it would be me and Gabriel.”

“Give Eric a chance,” Morgan said as she unbuttoned her blouse to feed Lily. “FYI, Eva, he has the perfect amount of chest hair. It’s not too much and it’s not too little.”

“Probably more than I needed to know,” Chow said, rising from the sofa. “Unless you need anything, darling, I’m going to grab a Guinness with Oba while you have Lily.”

“Go,” Morgan said. “I’ll have the nanny put her to bed. She’ll be out like a light once her tummy is full.” Chow kissed Morgan’s forehead and took off toward the kitchen. Evangeline watched her sister feeding Lily and wondered what it would be like to have a baby of her own. As sweet as the tiny princess was, Evangeline didn’t feel ready.

This definately sounds like an interesting take on polygamy. While the term for a woman with multiple husbands is real, you only hear of the man with multiple wives, child brides not being entirely unusual in the culture.

Multiple husbands almost sounds tempting. Maybe between them the grass will always be cut, the garbage out, snow shovelled, and and maybe even a little housecleaning too.

For me, I'm trying to finish a wip that I've given myself a deadline of end of March to finish writing. There's kidnappings, murders, and a serial killer haunted by glimpses of his barely remembered tortured past while murdering women in the search for something he lost in his childhood. I still haven't been able to come up with so much as a working title.