Christopher Chamberlain: Some might say a pencil, but I prefer watercolour and brushes. Honestly, there's just an attraction there. I enjoy drawing women, and exploring the different themes is just something that is really inspiring. Creating new work is always a lot of fun. And I suppose Playboy had something to do with it, too. 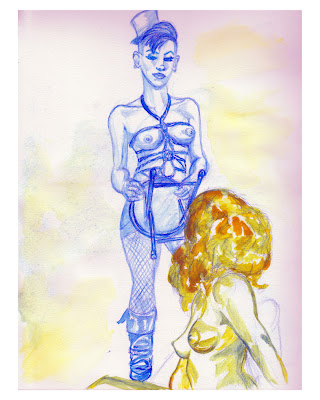 CC: Exploration, and maybe a bit of reading. I came across some references to Shibari

- the Japanese art of rope bondage, and I was just amazed by it. Certainly there are a lot of psychological factors going into the entire role play of it all, but the way that the ropes intertwine and layer around the body is very intricate and intriguing. 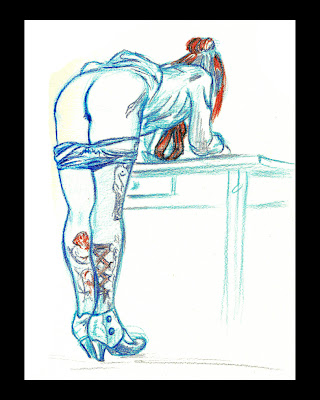 CC: I think perhaps people are more ready to admit that it is an art, and that they do like the art. However, I can't tell if it is really socially acceptable more now than it was. I do think however that it is more accessible. It's easier to find the people who do like erotic art, and support the artists, which could mean it's more socially acceptable, or just that it's easier to find the niche market. But, it has to be more acceptable now, because Playboy no longer even ships in a paper bag, or at least the black bag that replaced it.

CC: My wife encourages it actually. Some pieces she likes, and some she doesn't. You can't please everyone all the time, even yourself. 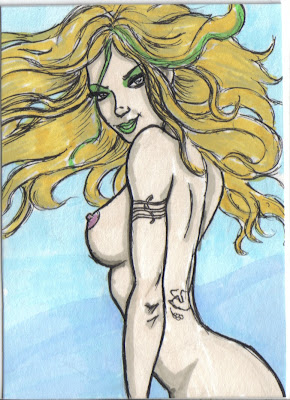 PS: How old were you when you first started making art?

CC: Consciously, or at the least from when I can remember, I was around four. But there are examples of my artwork from before that. I won my first prize at a fair for my artwork when I was five. Part of me at the time thought, "Wow, I'm an artist."

PS: Which is your favorite medium? Do you prefer digital or the old-fashioned way?

CC: Whatever medium works for the effect that I want to achieve. Digital is really cool because there are a lot of effects that can be achieved that no longer require tons of expensive equipment and excessive ventilation. But, the experimentation is kind of lost. I love creating most of my work with my own two hands and no extra digital manipulation.

PS: Who has been the biggest influence on your career?

CC: In terms of artists? There are a few - one of whom gave me a really solid critiquing of my art a couple of years ago, and that really helped me focus and create better works.

Otherwise, I would definitely have to say my wife. She's given me the most support and helped me get to the drawing board, even on those days I didn't particularly feel like it. 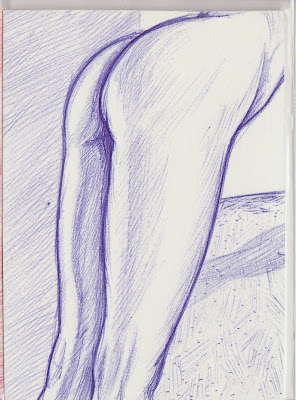 PS: What project(s) are you currently working on? 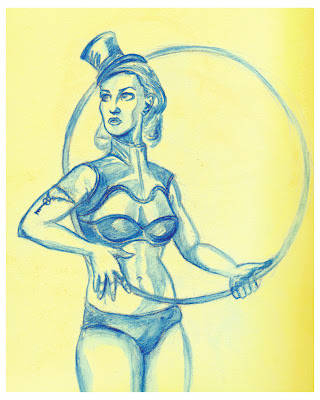 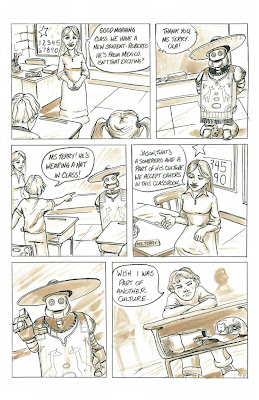 For anyone of your readers who may be looking for artwork of all sorts, they can feel free to contact me and be treated very professionally. I take my artwork seriously, and I treat each piece with the same level of professionalism. I can be contacted through email:

To see more of my work, and read more about my Not For Victorian Eyes virtual art tour, please visit my sites: www.c21.deviantart.com

I'm offering as a bonus, to all new followers of my blog, a chance to win an original print of one of my pieces of art. This contest will run until the 7th of August. Each and every follower of my blog will have a chance to win, including my current followers. New followers will have an extra ballot in the random draw. You can also get an extra ballot by leaving a comment. The best three comments (as chosen by me) left on my blog over the duration of the contest will receive a print.

PS: Why do you consider Neil Gaiman and Robert Howard your favorite authors?

CC: You did some digging - I commend you on that! For Neil Gaiman's work, I'm just really kind of smitten. The first thing I remember reading of his (where I remembered it was him writing it) was a short story in a magazine called "Troll Bridge." And that was about the same time that I picked up the Sandman, and the character Death, of the Endless. There's a big draw to his work for me - just the imagination and the themes that he plays with. And the fact that I love fantasy as a genre doesn't hurt.

I love Conan, as a character, and as the stories that were written by Robert E. Howard

. He was a really prolific writer, and he created a large number of characters. His stories are just something that feels they were written with a lot of vigor and determination, and written with great affection for his characters. They all lived, and breathed, and some times died. Plus there is just something really cool about a wandering, well-muscled giant from the North with a pencheant for adventure and women.

CC: I do like Wonder Woman, though she holds more interest for me now than when I was say, a child. There's a lot of interesting ideas and themes at play with her. No wonder she was created by a psychologist. I'm not really certain if anyone has ever really nailed down the true potential for that character.

Couldn't really pick one favourite comic book, there are lots of them that I love. Batman and the Hulk are probably my favourites. The Dark Knight Returns is one of my favourite stories. That, and the two Death miniseries that Neil Gaiman wrote. 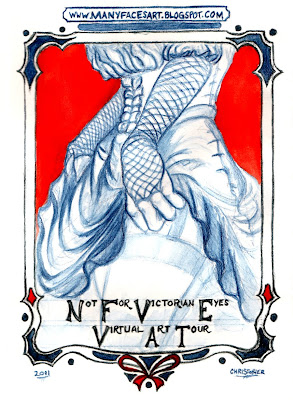 CC: I love Garbage! That's cool that you found that one out. I'm waiting for their new album to come out, I think I heard something about a Christmas release date. "#1 Crush," "Only Happy When It Rains," "Special," "Queer," "Shut Your Mouth," and "I Think I'm Paranoid" would be my faves. Now I have to go listen to all of those albums!

PS: If you could turn any book (one that’s not generally thought of as an illustrated book) into a graphic novel, which would it be?

CC: Most of my favourite books have either already been illustrated, or started out with illustrations. Perhaps "The Legend of Sleepy Hollow" or Neil Gaiman's American Gods

. I'll aim high with what I want to illustrate.

CC: Thank you so much for featuring me on your blog, Erin. You asked some fantastic questions, and I really enjoyed answering them!