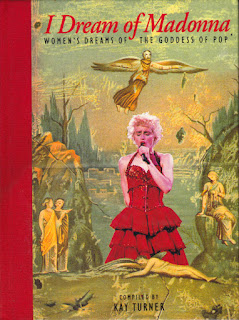 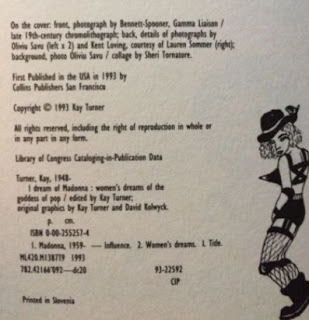 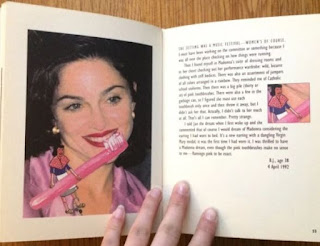 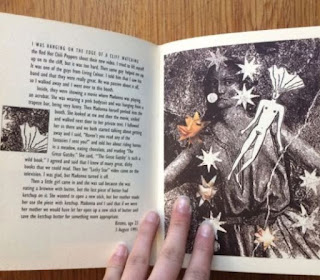 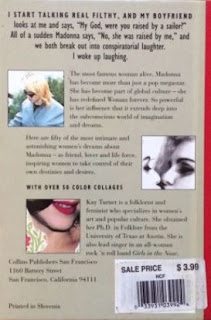 I Dream of Madonna: Women's Dreams of the Goddess of Pop by Kay Turner: Find it on Goodreads 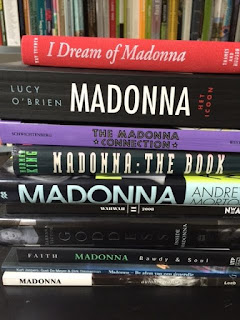 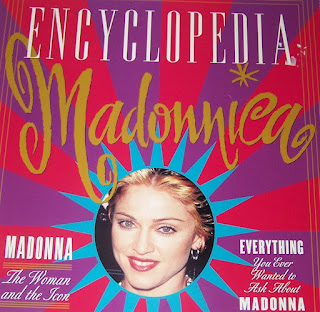 Encyclopedia Madonnica 20: Madonna from A to Z by Matthew Rettenmund: Find it on Goodreads
Madonna made a face, the face she made in Truth or Dare when threatened with arrest if she performed the simulated-masturbation “Like a Virgin” dance. The face that tells you she intends to do what she pleases, fuck you very much. If the gods or man ever devised a way to counter this attitude in Madonna, I haven’t heard of it.
Seeing this, Guy took another long drink from his bottle of Guinness and resigned himself to it. With that, they took their leave of the VIP room of the Hooters near the United Center.
Erin had spent the night at the Palmer House Hilton. Her closet was full of clothes she’d bought earlier in the day on Clark St. She lay on the bed, sipping the tiny bottle of Skye Vodka from the mini bar. Undecided about which new outfit to wear to the club, she was about to go down to the bar to people-watch and mull it over when the phone rang. The front desk told Erin she had visitors.
“Who?” she asked the clerk.
“It’s Madonna, her husband, and Dennis Rodman. Should I send them up?”
“Certainly,” Erin said in her most distinguished tone. In a moment she heard the knock on the door. She opened up and the unlikely trio came tumbling in.
Madonna looked hot. She was out of her nun’s habit and into a black spaghetti-strap top and a sheer black blouse, a bit like what she wore in “Vogue,” slightly toned down, and very flattering to her body, shaped as it was by yoga. Guy was out of his cardinal’s chasuble and had put on a decent suit. Dennis showed off his freshly waxed legs in red patent leather pumps and a red tulle ballerina skirt. He wore a black shirt, half unbuttoned, and brought together the black and the red with a Louis Vuitton handbag.
“Are you wearing a bra?” Erin asked, standing up to find herself face-to-face with Dennis’s lean, muscular chest.
“Yes,” Dennis said, opening his shirt further to show her the lacy pink lingerie. “It was Victoria’s Secret, but I guess it’s not a secret anymore.”
“He’s not much of a lady, though,” Madonna said, giving Dennis a playful slap on the ass. “It doesn’t match with his thong.”
Read more in:
Posted by Erin O'Riordan at 12:58 PM No comments: