Two households, both alike in dignity/In fair Napa, where we lay our scene. In this delightful modern twist on a beloved Shakespearean classic, author Teri Wilson turns a bloody tragedy into a chocolate-drenched romance in which the worse thing that happens is a non-fatal, accidental dog poisoning. (Animal lovers, fear not.) Wilson tells us in her introduction, "I really wanted a chance to give these star-crossed lovers the happy ending they deserve." This is a romance novel, after all.

No Tybalts were slain in the making of this novel. 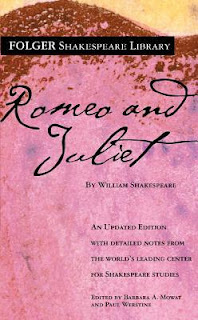 Personally, my first exposure to Romeo and Juliet was in the 7th grade. My English teacher, Mrs. O'Brian, went on maternity leave midway through the play, and the class finished it out with Mr. Bowerman. He was the greatest substitute teacher of my life. I'll never forget that when it came time for him to read the line, "How now, Balthazar?" he said, "How now, Brown Cow?" The class laughed for a solid 10 minutes, and it still makes me chuckle to this day. I re-read the play with my 9th grade class, and it hadn't lost any of its charm or magic.

For me, some of the fun of this novel is the way Wilson incorporates familiar lines from Shakespeare's play. Unmasking Juliet seems to be set in a slightly alternate universe in which no one has heard of the fictitious Romeo and Juliet. The characters aren't referencing the play within the world of the novel the way Bella and Edward consciously do in New Moon. They're simply living a (happier) version of it. 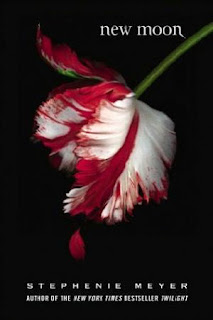 The female protagonist of Wilson's version is third-generation chocolatier Juliet Arabella. The male protagonist is Leo Mezzanotte. (Leo - as in DiCaprio - as in the Romeo of the Baz Luhrmann film adaptation. I see what you did there, Ms. Wilson.) He's the grandson of Juliet's grandmother's original business partner in the chocolate business. The Arabellas and Mezzanottes are now rivals as bitter as unsweetened baker's chocolate. 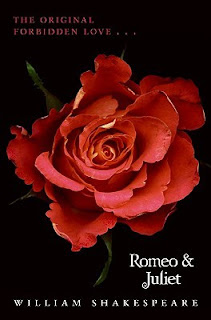 Of course, Leo's only love springs from his only hate. From the moment the two meet - identities concealed in Italian carnival masks - there's a magnetic attraction. They can't get each other out of their minds. I think we all know where this is going, but the fun is in getting there.

By coincidence, the names Arabella and Mezzanotte can combine to make Bellanotte - Italian for "beautiful night."

For never was a story of more "Whoa!"/Than this of Juliet and her Leo.

I received a copy of this book through the Amazon Vine program in exchange for this review, which represents my own honest opinion.
Posted by Erin O'Riordan at 11:09 PM No comments:

The Originals: The Loss by Julie Plec

The Loss is an appropriate title for this book, which centers on Klaus Mikaelson's oh-so-very ill-fated marriage.

I didn't read the first book in this trilogy, so I don't know if Vivianne Lescheres was an important character in that book. If she was, I'm guessing the plot of that one centered on the 1722 battle between the Mikaelsons (the Original vampires) and the witches over who would rule New Orleans. We learn from The Loss that the battle culminated in witch-induced hurricane and an explosion, and that Vivianne died. 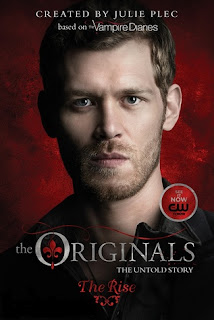 Now it's 1766. The Mikaelsons rule New Orleans with a firm hand, keeping the witch clans at bay in the surrounding swamplands. The werewolves, too, have fled the city for fear of Klaus. And Klaus still mourns Vivianne. She's the great love of his long, long, unnatural life.

...Which leads to a terrible decision. Pining for his lost love, Klaus goes to the leader of the witches, Lily Leroux, with an opal pendant from his witch mother. The pendant has magical properties, and Lily uses it to bring Vivianne back from the land of the dead.

This is a lesson literature has tried to teach us before. Bringing someone back from the dead worked out very poorly in Stephen King's Pet Sematary, in Douglas Clegg's Isis, and in J.K. Rowling's "Tale of the Three Brothers" in The Tales of Beedle the Bard. Klaus is many centuries old by the 18th century and should have known better.

The side effect of the spell creates an evil not yet seen in the Vampire Diaries world: zombies. In fact, Vivianne herself is slowing becoming more and more like the walking undead, who have a penchant for eating the hearts out of living things. Their first victim is Elijah's lover, Ava.

Don't worry about Elijah, though - he's learned not to get too attached to other vamps who aren't his siblings. By the end of the book, he's moved on to the lovely gray-eyed vamp Lisette.

Is Lisette a character on the show? I haven't watched very much of The Originals, although I'm familiar with Elijah, Rebekah, and Klaus from the TV version of The Vampire Diaries.

Some of the most delicious bits of this book are Klaus's love scene with Vivianne and Elijah's love scene with Lisette. Rebekah doesn't get a love scene in this one, unfortunately. The great love of her life, Eric Moquet, lost his life in the hurricane.

Klaus is a difficult character to love because of his destructive tendencies, but I find Rebekah quite sympathetic. She causes her fair share of destruction as well, but she's also been epicly mistreated by her older half-brother.

"By" Julie Plec is a bit of a misnomer; this was ghostwritten, with Plec credited as creatrix of the Vampire Diaries spin-off. She gets a lot of fandom hate, but I like her a whole lot more now that I know her horror film credits include Cursed, the stupidest werewolf movie I ever loved.

I received this book through the Amazon Vine program in exchange for an honest review. 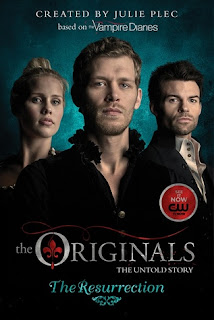 The First Bite Is the Deepest by Elisa Catrina. $2.99 from Smashwords.com
“Funny and clever and emotionally hard-hitting” "A perfectly creepy read." Elisa Catrina's debut novel begins as a quirky send-up of vampire romance, but quickly turns sinister. High schooler Stella Ortiz starts dating the mysterious new guy, but her friends are convinced he's bad news: Sebastian misses tons of school, he day-drinks something that smells like pennies, and oh yeah, he's a vampire.
Posted by Erin O'Riordan at 4:40 PM No comments: