This is a second sneak peek at a very tentative, very early-stage work in progress I call Erin O’Riordan’s Almanac of Bad Days. Part I dropped on August 3, 2022.

September 1, 2019: Spanish dancer Joana Sainz Garcia is killed while performing during a music festival when a pyrotechnics display malfunctions. A faulty cartridge strikes the 30-year-old in the abdomen.

September 2, 1900: A tropical hurricane formed over the Atlantic Ocean makes landfall in the Dominican Republic. This storm is among the deadliest in U.S. history, with a large number of fatalities coming from Galveston, Texas. Meteorologists of the time, and in particular Isaac Cline, didn’t believe that a significant hurricane was possible in Galveston, and so rejected requests from the townspeople that the city should build a sea wall. As many as 8,000 people in the Caribbean, the U.S., and the Maritime Provinces of Canada are thought to have lost their lives in this storm, including Cline’s wife and some of his children. 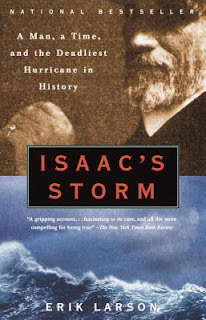 September 3, 1991: Fire breaks out inside the Imperial Food Products chicken processing plant in Hamlet, North Carolina. Some workers are unable to escape due to locked doors, including one door labeled as a fire exit. The building had no sprinkler system or fire alarm. Of the 90 workers in the plant at the time of the fire, 25 died and an additional 54 were injured. Plant owner Emmett Roe pleads guilty to manslaughter and serves nearly four years in prison.

September 4, 2006: Wildlife expert, zookeeper, and filmmaker Steve Irwin is filming a dive in shallow water near the Great Barrier Reef. He is struck in the chest by a stingray’s tale. The barb of the tale pierces his heart, killing him.

September 5, 1983: Canadian stunt performer Ken Carter is killed when the rocket car he’s using to jump over an Ontario pond overshoots the landing ramp, flips, and lands on its roof.

September 6, 1951: Joan Vollmer is shot and killed in an American-owned bar in Mexico City by her husband, William S. Burroughs. Both were intoxicated. Vollmer is alleged to have placed a glass on top of her head, and Burroughs was supposedly trying to shoot the glass off her head with a pistol. Instead he shot Vollmer in the head and killed her instantly.

This is portrayed in the film Beat (2000). Vollmer is played by Courtney Love and Burroughs by Canadian actor Kiefer Sutherland.

September 11, 1987: Reggae artist Peter Tosh and two friends are shot and killed when Tosh’s home is invaded by a street gang demanding money.

September 11, 2001: The World Trade Center, Pentagon, and a third target are attacked by commercial jets hijacked by terrorists. Nearly 3,000 people are killed.

September 14, 1899: Real estate developer Henry H. Bliss becomes the first person killed in the U.S. from a motor vehicle collision. The previous day, he had stepped off a trolley car and been struck by an electric taxi cab, knocking him to the ground and crushing his chest.

September 14, 1927: Dancer Isadora Duncan is killed in Nice, France, when her scarf becomes entangled in the open-spoked wheel and axle of the car she’s riding in, breaking her neck.

September 16, 1977: T. Rex frontman Marc Bolan, who never learned to drive, is the passenger in a Mini 1275GT automobile when it crashes into a fence post and then a tree, killing Bolan instantly.

September 16, 1985: Aerobatic pilot Arthur “Art” Scholl crashes his plane and is killed while filming spin footage for the movie Top Gun. He crashes into the Pacific Ocean; his aircraft is never recovered.

September 18, 1970: 27-year-old Jimi Hendrix dies of asphyxiation at St. Mary Abbots Hospital in London. He appears to have aspirated vomit after taking an overdose of barbiturates, presumably his girlfriend’s sleeping pills.

September 19, 1902: One hundred fifteen members of the Shiloh Baptist Church in Birmingham, Alabama, are killed in a stampede after one of them called out “Fight!” and this was misheard as “Fire!”

September 20, 1997: Musician Nick Traina, the son of author Danielle Steel, passes away from an overdose of the prescription medication lithium. He is 19 years old.

September 22, 1978: Stunt performer A.J. Bakunas dies from his injuries after a failed stunt fall from Lexington, Kentucky’s Kincaid Towers the previous day. Bakunas lands on the air bag as planned, which splits, allowing his body to hit the ground at approximately 115 miles per hour.

September 27, 1986: Metallica bassist Clifford (Cliff) Burton dies in a tour bus accident in Sweden. The bus skids off the road while members of the band are sleeping in their bunks. Burton is thrown out of his bunk and through the window; the bus falls on top of him.

Flashback: The Cleveland Museum of Art

Sunday, September 2, 2001, Cleveland: We visited the Cleveland Museum of Art. Its main exhibit was of Japanese painted screens. These were somewhat interesting, but I didn’t deeply connect with these centuries-old images of nature and of scenes from samurai novels. I enjoyed the hall of Asian sculpture more, with its life-sized Hanuman, Buddhas, Krishnas, and Durgas.

Among the European medieval artworks I particularly enjoyed a sculpture of St. Sebastian. European arts led into French furniture, but I had little appreciation for these French arts. We took lunch in the museum’s cafeteria. We ate in the courtyard, which had a bubbling fountain, sculpture, and nice shaded tables.

After lunch we saw a more enjoyable part of the museum’s collection, the ancient Egyptian art and the 20th century art, which included a Dali and a Jackson Pollock. The museum also had multiple Blue Period Picassos. The Egyptian collection wasn’t huge, but it was very cool. It had a fantastic bust of the lion-headed goddess who personifies the heat of the desert sun, Sekhmet.

For dinner we put on the best clothes we’d brought with us and went to the Ritz Carlton. The sushi chef made us California rolls with flying fish roe plus salmon, squid, tuna, and octopus sashimi. The second course was fresh asparagus. For my entree I had red snapper served over tomatoes and potatoes. The fish was so meaty it almost had the texture of chicken. As an after-dinner treat, the chef presented us with a bowl of fluffy pink cotton candy.

September 1: Walden and the Rock and Roll Hall of Fame

Defn: The ninth month of the year, containing thirty days.

Defn: An agent in the massacres in Paris, committed in patriotic frenzy, on the 22d of September, 1792.

September 1, 1846: “Already, by the first of September, I had seen two or three small maples turned scarlet across the pond, beneath where the white stems of three aspens diverged, at the point of a promontory, next the water. Ah, many a tale their color told! And gradually from week to week the character of each tree came out, and it admired itself reflected in the smooth mirror of the lake. Each morning the manager of this gallery substituted some new picture, distinguished by more brilliant or harmonious coloring, for the old upon the walls.”

Saturday, September 1, 2001: We left the house at precisely 8 a.m., driving east along the I-90/I-80 toll road. We stopped twice, once for breakfast at Hardee’s and again to stretch our legs and get hot beverages from Starbuck’s. We arrived in Cleveland around noon.

We walked from our downtown Holiday Inn hotel to the Rock and Roll Hall of Fame. From the ceiling hung the cars that U2 used as stage props during the Zooropa tour. On the lower level we saw a Jimi Hendrix exhibit; I was most interested in his drawings and the handwritten lyrics to his songs. We perused the collection of stage and album cover outfits worn by everyone from Dave Matthews to Madonna, including Madonna’s wedding dress from her “Like a Virgin” video. We saw Jim Morrison’s baby book (donated by his parents) and the not-terribly-impressive art of the lost Beatle Stuart Sutcliffe.

On the second floor we saw recording equipment from Sun Records, an exhibit about disc jockeys, and the covers of Rolling Stone and other music magazines. The largest exhibit was about John Lennon. Many of its photos and artifacts were on loan from Yoko Ono, so not much came from the Beatles years. Instead we saw pictures of John as a schoolboy, a few report cards, pictures of his teachers, and his drawings of make-believe characters. A cute set of photos showed John, Yoko, and their little son Sean on vacation in Japan.

Particularly interesting was a set of collages John made from magazine clippings. He gave them to friends, including Ringo Starr and George Harrison, for their birthdays. Another portrayed various cute, naked men and was a birthday card John made for Elton John.

On a much sadder note, the exhibit included the paper bag containing John’s clothes that the coroner gave Yoko after John’s murder. The museum even displayed the blood-stained glasses he’d been wearing when he died.

Another fascinating object was a white telephone which, supposedly, Yoko will occasionally call. How I hoped she would call! I would have told her how I admired her when I read her introduction to She’s a Rebel by Gillian G. Gaar. The phone did not ring.

After the Hall of Fame we walked along Lake Erie, taking in a beautiful pink sunset.

Saturday, September 1, 2007: Mom and I went to Plymouth, Indiana, for the annual Blueberry Festival, as I wrote about previously on this blog.

September 1, 2019, Indianapolis: We went to Greenwood Park Mall, where we had lunch at TGI Friday’s. Afterward we stopped at Home Depot. Tit wore his Slaughterhouse-Five t-shirt from Out of Print. The cashier told us about the years he spent volunteering at the Kurt Vonnegut Library and Museum and the one time he met Kurt Vonnegut. The cashier told Vonnegut, “You remind me of one of my drunk old uncles,” to which Vonnegut is said to have replied, “Could be.”