'How to Think' by Alan Jacobs #NonFictionReview 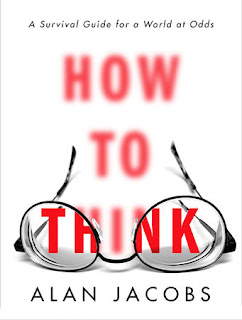 This was a relatively quick read and introduced many interesting subjects that have to do with biases and how we perceive others who have beliefs different from our own. One of the main ideas that I took away from reading this book was the concept of "escalation of commitment."

Escalation of commitment is a psychological concept. When human beings - and all of us are prone to this - commit ourselves to something financially, philosophically, socially, or otherwise, then when we become faced with evidence that said thing is wrong/incorrect/a bad investment/bad for our health, etc., we do an irrational thing. We defend that thing even harder.

The classic example of escalation of commitment is the gambler who keeps losing, but has already sunk so much money into the game, the gambler refuses to stop playing. A more contemporary example, hinted at but not explicitly stated in this book, is the behavior of those American voters who voted for Donald Trump for president. Now they see what a truly incompetent, unkind, and potentially dangerous person he is -- but they root for him even harder. They just can't psychologically bring themselves to cut their losses at this point. That's escalation of commitment.

Perhaps an even more egregious (or just as egregious) contemporary example is the candidacy of Judge Roy Moore in the U.S. Senate special election in Alabama. Although many credible witnesses have brought forth testimony that Moore attempted to sexually assault, seduce, or at best sexually harass them when they were under the age of 18, Moore is nonetheless primed to be the Republican candidate for U.S. Senate from Alabama. The voters who support him have escalated commitment to the point that they're willing to overlook these credible accusations. Worse, some of them are blaming the victims of these alleged incidents for their own roles in their "seduction."

Alabama, Judge Roy Moore is the Tom Ewell of your story. He doesn't deserve your vote. If he did those things he's credibly accused of, he deserves public shame and humiliation, and possibly criminal indictment. Alabamans, now is the time for you to be more like Atticus Finch and less like the people on Tom Robinson's jury.

It's kind of a shame that the people who could most benefit from this kind of reflection on the thought process are not the ones most likely to read this book. However, ever single literate adult speaker of the English language could stand to benefit from this refresher course on thought bias and how to treat our fellow human beings with a little less contempt and a little more humanity.

I received this book from BloggingForBooks.com for this review. My next Blogging for Books pick will be: 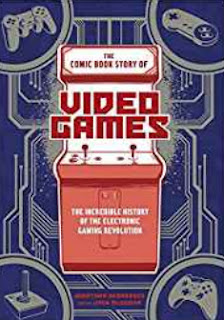 The Comic Book Story of Video Games: The Incredible History of the Electronic Gaming Revolution by Jonathan Hennessey and Jack McGowan

Email ThisBlogThis!Share to TwitterShare to FacebookShare to Pinterest
Labels: Alan Jacobs, Blogging for Books, How to Think, Jack McGowan, Jonathan Hennessey, nonfiction, The Comic Book Story of Video Games, To Kill a Mockingbird

'Mycroft Holmes and the Apocalypse Handbook' #GraphicNovel by Kareem Abdul-Jabbar

Mycroft Holmes and the Apocalypse Handbook by Kareem Abdul-Jabbar

Mycroft Holmes, in this original story in graphic novel form, is a smug little sh*t. I love him.

He's not quite the same character as in the mystery novel Mycroft Holmes - he has a different back story with a different fiancee - but he's still his annoyingly superior, know-it-all self, and he's still quite competitive with little brother Sherlock. Cyrus Douglas does not appear in this story; this Mycroft has a female, American "Watson," kind of like Lucy Liu's character on Elementary (but not really).

This is an all-new adventure involving a cache of sci-fi weapons and an evil plan to auction them off to the highest bidder. Queen Victoria wants to be the highest bidder so the British Empire knows these steampunk weapons of mass destruction are in safe hands, and Mycroft has passed enough of her tests to become her agent.

In this he's assisted by Lark Adler, an American bounty hunter. Is she related to Irene? An older cousin, perhaps? We don't know. There is also mention of a respectable maths professor named James Moriarty.

I don't know if any more comics have been written in this series, but these five issues make for one intriguing graphic novel. The art is eye-popping and the story is fast-paced. This is a fine entry into the world of Holmesiana.

I purchased this graphic novel with my own funds at my local brick-and-mortar Barnes and Noble. I was not obligated in any way to review it.
Posted by Erin O'Riordan at 6:58 PM No comments: