The Falcon and the Winter Soldier and Baron Zemo: Problematic Hot Villain 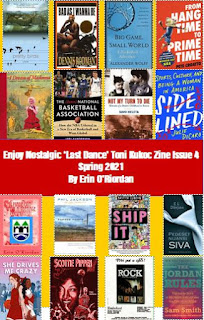 Since you, dear reader, know that I'm a huge Marvel nerd, you may not be surprised to read that I've been watching WandaVision and, more recently, The Falcon and the Winter Soldier.

One character from the Marvel Cinematic Universe (MCU) who reappears in TFATWS is Baron Helmut Zemo. You may remember him from The Avengers: Civil War, in which he killed T'Chaka, king of Wakanda and father of its current king, T'Challa. He pinned the bombing murder on the Winter Soldier in hopes of tearing the Avengers apart from within.

I don't forgive Zemo for killing King T'Chaka. I do understand that part of his motivation for doing so was that the Avengers unleashed Ultron on the world. Ultron not only killed Wanda Maximoff's twin Pietro but also killed Helmut's father, wife, and son Carl. The Zemos, like the Maximoffs, are from the fictional country of Sokovia.

Zemo is played by Daniel Brühl, a Catalonian actor born in Barcelona to a Spanish mom and a German dad. Only yesterday I remembered that I'd seen him speaking German (one of his several native languages) in a movie once before: Quentin Tarantino's Inglourious Basterds (sic). I even wrote an unsolicited-by-anyone article about it, "Brad Pitt Is Not the Hottest Guy in Quentin Tarantino's Latest," written in 2010. It also singles out Michael Fassbender (before I knew he was an accused domestic violence offender - canceled) and Eli Roth.

Brühl's character in Inglourious Basterds is a Nazi. Tarantino, for all his flaws (accused of sexual harassment on several occasions and poor on-set treatment of his muse/ex-girlfriend Uma Thurman, whom I adore), at least clearly hates Nazis. Brühl's character, on the other hand, is cute but not sympathetic, giving off strong "Ralph Fiennes in Schindler's List" vibes. As I say far too often in these Nazi-infested modern times, where is the Bear Jew when I need him?

Zemo on TFATWS is more sympathetic, although I'm torn. Like Billy Russo/Jigsaw on The Punisher, he's a bit queer-coded. Billy Russo, a character who was known to have been sexually abused by a male predator as a young teen, embodied that problematic trope that queer people are queer because of their sexual trauma. Not only is this not supported by clinical evidence, but it also reinforces the mistaken notion that heterosexuality is the default for human sexuality and everything else is some kind of mutation or deviation from the norm.

It's my opinion that Billy Russo is queer-coded even though his two sexual relationships in the series are with women. He appears to be flirting with every other character he encounters, including Frank Castle. Your mileage may vary.

On the other hand, it's harder to argue that Daniel Brühl isn't playing Helmut Zemo as bisexual, especially after Episode 5. Zemo appears to be sexually attracted to Bucky Barnes (the Winter Soldier), lovingly caressing his face at one point.

Bisexual-coding your villains skirts dangerously close to the Depraved Bisexual trope, the notion that people without a clear gender preference are, in the words of TVTropes.org, "cold-blooded sociopaths." As a person without a clear gender preference and a non-sociopath, I take personal offence. Representation matters, and although I always want to see more bisexual and pansexual characters in the media, I want to see positive representation as well as regicidal criminals.

Daniel Brühl is totally adorable, though. Add him to my Fictional Harem, along with basically everyone else from the MCU.

I have an opening in my Fictional Harem, by the way. I had to kick Jim Caviezel out for being, unfortunately, an advocate of the impossible, nonsensical, illogical right-wing QAnon conspiracy theory. I'm fascinated with conspiracy theories as a species of contemporary folklore, but I cannot abide folk who take part in counterfactual disinformation campaigns that borrow tropes from anti-Semitism. As a person with an Irish-American dad and a Polish-Jewish-American mom, I won't allow my human rights as a Jewish person to be eroded in the service of white supremacist fears.

See you at the TFATWS season finale on Friday.