Because science has displaced a lot of psychic phenomena that was once considered the norm, we sometimes think of psychics in an historical sense. But what if our present-day governments were using psychic spies right now?

The concept might seem far-fetched but it’s actually true.

During the Cold War, intelligence sources in the United States Government discovered that the Soviets had embarked on a project to use psychics to infiltrate our best-kept secrets. Imagine if someone halfway across the world could enter our nuclear facilities in their minds and draw a blueprint so detailed that it could be used to disable or destroy it. Imagine if they could sit completely undetected in the highest cabinet meetings; if they could hear our strategies and read our most secretive documents.

United States officials approached the highest levels of our government with a request to study psychic phenomena in an effort to determine whether it was possible to use psychic warriors. And if the Soviets could train their psychics to infiltrate our most secure defenses, perhaps we could do the same with theirs.

The Department of Defense, the CIA, NSA and other agencies have since used psychics in a variety of missions. During the Iran Hostage Crisis, President Carter received information from psychic spies on where the hostages were being held and even when they were separated and moved. Psychic spies assisted in identifying the area in which Saddam Hussein was hiding in Iraq. They have even identified and mapped Iran’s nuclear facilities. Their role is not confined to foreign intelligence, but is also now being used in drug smuggling operations. 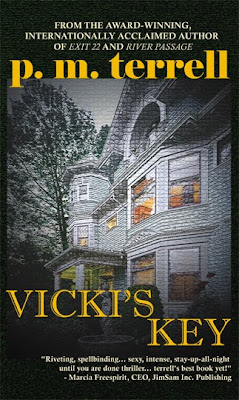 In Vicki’s Key, my 13th book, Vicki Boyd is capable of astral travel, or what the CIA terms “remote viewing.” A psychic spy, Vicki’s last mission goes horribly wrong and she decides to leave the agency and start life anew in a small town assisting an elderly woman. But when she arrives, she finds Laurel has suffered a stroke and her nephew, Dylan Maguire, has arrived from Ireland to care for her. Though Vicki tries to hide her gifts, to ignore their calling and the signs being given to her, she soon finds her past as a psychic spy and her future are about to collide… in murder.

It’s part of a series called Black Swamp Mysteries in which Vicki will be brought back into the CIA—and you’ll be given a front row seat to see what our real psychic spy program is all about.

p.m.terrell is the award-winning, internationally acclaimed author of more than 13 books, including River Passage and Exit 22. She is the co-founder of The Book ‘Em Foundation and the organizer of Book ‘Em North Carolina, which brings public awareness to the link between high crime rates and high illiteracy rates. She makes her home in eastern North Carolina where the swamps are as impenetrable as the Irish bogs and English moors. When she is not writing, she is busy rescuing homeless animals. For more information, visit www.pmterrell.com. 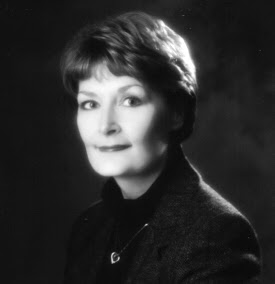 Thanks for having me on your blog today, Erin! I am very curious about the reaction from the general public about our government's use of psychic spies. It's fascinating stuff.

It really is. Thank you for being my guest.

A psychic spy! That I didn't know.

Great guest blog by my friend Trish Terrell. Vicki's Key is an amazing book for many reasons not the least of which is the psychic spy angle. I'm quite sure many people will be surprised by the fact that psychic spies DO exist! This is going to be a very riveting and exciting series.

I surmise I have chosen an intelligent and mind blowing website with interesting material.
Alissa Monroe