New Age Lies to Women by Wanda Marrs
My rating: 2 of 5 stars

Wanda Marrs was half of Living Truth Ministries, the Texas-based Evangelical Christian ministry with her husband Texe Marrs. Texe was renowned outside certain strains of Evangelicalism for his antisemitism and anti-Roman Catholic bias. Although I don't recall reading anything explicitly antisemitic in this book, it's clear from the text that Wanda shared her husband's anti-Catholic prejudice.

I did not contribute to Living Truth Ministries in the acquisition of this book. I bought it from a secondhand store, where it caught my eye with the beautiful Pre-Raphaelite painting on the cover and many beautiful "New Age" illustrations within. I bought it quite cheaply with all the proceeds going to my local used book store.

This book was a quick, easy read owing to the many pictures, blank pages between chapters, and numerous quotations, some of which are quoted on two different pages, sometimes within the same chapter. I don't quite understand that last decision. It's as if Wanda knew we'd forget what we just read as soon as we read it.

I wouldn't read this book to try to follow Wanda's arguments, since she uses a combination of extreme cherry picking; conclusions drawn from her few, unrelated, cherry-picked examples; and "facts" passed off as Biblically and historically accurate even though her sources are listed by Wikipedia under its "pseudohistory" macro-category. (Example: Alexander Hislop's 1853 book The Two Babylons is not a reliable source. It's anti-Roman Catholic propaganda plus bad archaeology.)

Indeed, if there is any reason to read this book at all, and I don't recommend that you do, it's that some of Wanda's cherry-picked examples of New Age witchcraft are examples of beautiful 1970s and early 1980s feminist spiritual writing. To Wanda Marrs, Miriam Starhawk (to name one example) is literally possessed by the literal devil; to me, Miriam Starhawk is a feminist author who writes beautifully.

'Had I Known' Mini-Review: Essays by Barbara Ehrenreich

Had I Known by Barbara Ehrenreich
My rating: 4 of 5 stars

I enjoyed this audiobook, which I checked out from my local library using the Libby app. I had heard a few of the essays before, having listened to Bright-Sided: How the Relentless Promotion of Positive Thinking Has Undermined America and Natural Causes: An Epidemic of Wellness, the Certainty of Dying, and Killing Ourselves to Live Longer as well as reading Nickel and Dimed: On (Not) Getting by in America, but I didn't mind hearing them again. They bear repeating.

My favorite of the essays was "The Cult of Busyness." I strongly relate to those individuals who have survived to adulthood without being habitually busy. It describes my personality well.

Posted by Erin O'Riordan at 4:11 PM No comments:

This first issue of my zine inspired by the ESPN Michael Jordan documentary The Last Dance is all about my favorite European teammate of Michael Jordan and Scottie Pippen - #7, Toni Kukoc. 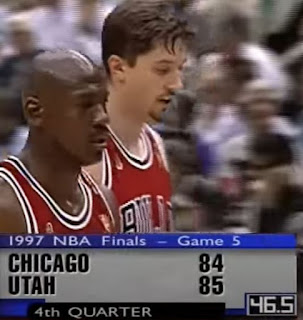 Am I a little fascinated with the countries that used to be Yugoslavia? Maybe. You decide.

Recommended for mature audiences teen and up. Think of this as The Last Dance if, instead of meticulously compiled from hours of interview footage, it was just written by a weird nerd. 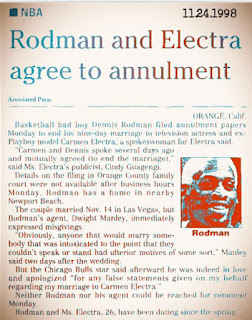 I will refund you the cost of shipping this zine to your address if your mailing address is in Croatia or if you are Will Ferrell. 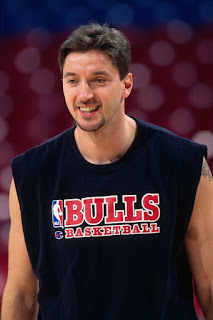 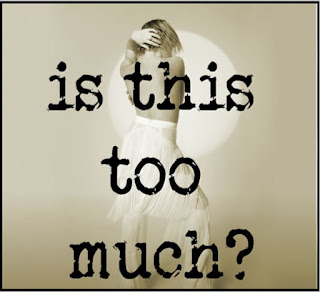 I stole this idea from godzilla-reads. Support Black authors and Black-owned independent bookstores. I'm originally from South Bend, Indiana, so I'm biased in favor of Brain Lair Books, owned and operated by an African-American woman.

These are non-affiliate links to pages within this blog. Each page contains a review and further details about the book:

Around the Way Girl by Taraji P. Henson  - nonfiction - memoir/autobiography

Children of Blood and Bone by Tomi Adeyemi - YA fiction

I Almost Forgot About You by Terry McMillan - contemporary adult fiction

The Twelve Tribes of Hattie by Ayana Mathis


In the comments, please feel free to leave suggestions for other books by Black authors and your favorite Black-owned independent book store.
Posted by Erin O'Riordan at 2:09 PM 1 comment:

A Poem for Jewel Kilcher's Birthday

The text of her "Poem Song," which can be found on JewelWiki:

"I'd make you my wings in the foothills of Montana
My lover in the oceans of the world
I'd make you... of children
And I would scatter you across my green memories of home
I'd make you my hungry valley
And sow your golden fields and wheats my own

"If I were a painter
I would paint you with this note
Silver traces on your skin
And if I were a writer
I would write these words on your back
In desert tongue clay, deep in (your wind?)

You can read more of Jewel's poetry here.
Posted by Erin O'Riordan at 12:00 AM No comments:

This is a writing exercise I call Dream / Job / Dream Job; feel free to steal it. What I've done is take a snippet from Erin's Dream Diary, then a line from the "Other Work Experience" section of my resume, then combine the two into an imaginary "dream job."

Dream: What am I? A poet, some would tell you. A monster, others would say. They call me “monster” because they have never known one like me. What they call badness I merely call enjoying the full range of pleasures bestowed on me by my Creatrix.

I traveled with a man-servant I was in the habit of calling The Boy, because he had been in my service since, when he was eleven, his aristocrat mother turned him out of the house, deciding he should make his own way in the world. That was nearly a decade ago, and he was certainly a man now, with a beard and a physique any Classical sculptor would have killed to reproduce in stone. Not that I thought of The Boy like that…until the occurrence at Lillian’s.

Dream Job: I’m the professional assistant to a charming, quirky best-selling author with a reputation (mostly unjustified) for being slightly...dangerous.

Dream: Suffice it to say, under a scenario in which a weird biohazard reduced the human population to about 300 individuals, including myself and the de facto leader of the survivors, my husband Tit Elingtin. Hubby was busy, what with the effort to ensure the survival of the human race and all, so I developed an attachment to a fellow survivor.

Dream Job: As the night receptionist at the hospital, I’m in charge of letting the on-call doctors know when something unusual is happening. My close attention to detail and quick actions alert the hospital to the very beginning of a zombie virus outbreak, helping them head off the zombie apocalypse in its very earliest stages. Dream: On his home planet, he was also a witch. He showed me a book of the Craft from his home world that told him which roots to dig up and give me for morning sickness. Fortunately, they also grew on Earth, but he could only dig them up by the light of the full moon, and he had to chew them up for me. (This is oddly sweet - the father having to chew up the roots that will benefit his child in utero.)

Dream Job: I’m the hostess and an occasional bartender at a bar run by witches. When it’s my shift behind the bar, I mix up cocktails with magical ingredients to create spells to help the customers with their minor troubles, from heartache to problems finding a job.

Dream: a) I found a bullhorn, with which I intended to lead the neighborhood in a sing-along of the B-52s song "Love Shack," and

b) I ate some Legos.

Dream Job: I work with children aged 7 to 12 in an outpatient setting with the goal of helping them meet specific behavior targets. We emphasize group participation in fun, hands-on activities and lots of positive reinforcement and verbal praise. At snack time, we eat healthy snacks cut into fun Lego shapes.

Dream: We found an unguarded stash of snacks bound for the cafeteria and snagged a bag of Cheetos. Then we sat on the gym steps, eating our ill-gotten gains, and I joked that I was sexually aroused by Cheetos.

Dream Job: My husband and I are a remodeling team, but the houses we remodel are like gingerbread houses, except rather than gingerbread they’re Cheetos.


***
My other writing exercise, which you can read over at Archive of Our Own (AO3), has been tweaking the Professor Bhaer chapters of Little Women - using Louisa May Alcott's original text - so that rather than a Friedrich, Professor Bhaer is a Frederica.
Posted by Erin O'Riordan at 2:12 PM No comments:

I celebrated Adrienne Rich's Day by eating breakfast at my local poet house. A poet house, you’ll find, is like a pancake house, but with better coffee.

There I heard Lewis Carroll as he ordered the seafood omelet with extra oysters.

"We cannot do with more than four," his server responded. "To give a hand to each."

Carroll frowned, and when his omelet came, he complained that the lobster was baked too brown. "I must sugar my hair," he said in frustration. He had the server take away the omelet and bring the soup of the evening, beautiful soup, instead.

George Gordon, Lord Byron said that he wasn’t hungry, but I caught him staring at Emily Dickinson’s waffles. Dickinson led the poets in saying grace in the name of the butterfly, and of the birds, and of the breeze, amen. She washed down her waffles with the sherry which the guest leaves.

Allen Ginsberg let me have a bite of his kosher Zen New Jersey nowhere, howling as he sipped his hot matzo ball soup. Meanwhile, Lawrence Ferlinghetti ate a good deal of spaghetti. 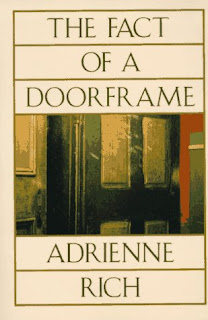 Langston Hughes had the raisin toast in the sun, but said that it was dried up. Edgar Allan Poe had the toast as well. His came with cognac and three red roses. When asked if he wanted a side of bacon with that, Poe said, "Nevermore." When the check came, Poe was nowhere to be found.

Oscar Wilde went wild when served his Oscar Meyer wiener. Robert Frost stopped by to watch the powdered sugar fall on my french toast, but he couldn’t stay. "I have promises to keep," he said. "And miles to go before I sleep."

William Shakespeare ordered the turkey dinner, and made much ado about stuffing. But all was as he liked it in the end. He washed down his meal with a winter’s ale.

It was impossible to tell what Robert Pinsky wanted for an entree, so we put him in charge of ordering dessert. He chose Basho, banana pudding. It was the perfect ending to the perfect Adrienne Rich's Day celebration.

***Author's Note: An earlier version of this poetic fantasy appeared in Wild Violet literary magazine. ***
Posted by Erin O'Riordan at 12:00 AM No comments: