A Message From Salmon Press. Help out an Irish poet! 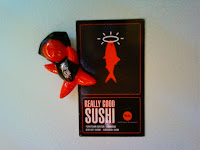 My Celtic ancestors lived in a class-based society, and one of those social classes was the bards, the poets. Irish poets keep the ancient Celtic tradition alive, and now it's our turn to help them out.

A message from Jessie Lendennie of Salmon Press:

As you can imagine this year is a very difficult one for all poetry presses, certainly we're finding it much harder than last year. Our book rep says that things are picking up, but that's not paying the bills right now. We need to bring in at least 5,000 euro in web sales and donations in the new few weeks.

So, here's the sales pitch: For a limited period we're offering free postage on all our books. This, along with the fall in value of the euro, makes for a great deal for buyers living abroad. Domestic buyers always get a good deal!

Do have a look and choose one, two or a few! You won't be disappointed!

Become a Friend of Salmon:

There you have it: not only poetry, but memoir, essays and even dramatic works for schools. Please check out these titles, purchase the ones you want, and pass the message around. Let's all support the arts!
Posted by Erin O'Riordan at 9:30 PM No comments:

My latest published short story was inspired by the indigenous people of my area. "Potawatomi Love Story" is set some time before the arrival of Europeans to the Lake Michigan area. In it, newlyweds Lonidaw and Black Ash Tree--Loni and Ash, for short--long for more privacy and sneak off into the woods when they want to make love.

"Potawatomi Love Story" is available as a free Thrifty Thursdays read beginning Thursday, July 1. After July 8th, you'll still be able to access it, totally free, in the archives.

Coming soon to Long and Short Reviews: In honor of L+S's third anniversary, there's a contest wherein three readers could each win a Nook e-reader, loaded with a selection of romance and young adult books, plus a $50 Barnes and Noble gift card! For details, go to http://www.longandshortreviews.com/promo.htm
Posted by Erin O'Riordan at 7:12 PM No comments:

At Pagan Spirits, we love romance and erotica. We love books of all stripes, all colors, all flavors, all sexualities. We love lesbian love stories and lesbian lust stories. We love gay, bisexual and transgendered fiction, too. And nonfiction. And metafiction, and...well, let's just say we're open-minded readers.

As I compose this little blog post, I'm on a break from editing a futuristic sci-fi lesbian novel for eXcessica.

That's why I'm so excited to announce the formation of a new Yahoo! groups where readers and writers of LGBT fiction can meet and discuss our favorite books. Keta Diablo, author of the wonderful The Sin Eater's Prince, just started Keta's GLBT Author and Reader Haunt. 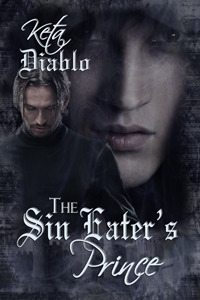 Join the fun and contribute your reviews, network with other authors and readers or find cool new books, at http://groups.yahoo.com/group/ketasglbtauthorandreaderhaunt/
Posted by Erin O'Riordan at 9:42 PM No comments:

You Be the Editor: Anthology Builder

You can do just that at Anthology Builder. You can also browse anthologies crafted by other editors.

Erin O'Riordan stories and essays available for your use on Anthology Builder are: 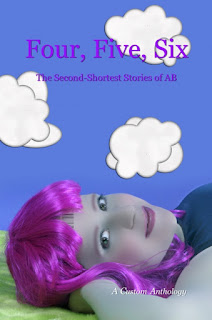 Posted by Erin O'Riordan at 4:10 PM No comments:

I'm passing along some information about a Book Fair happening in New York City
on July 10, 2010. It features two of my facebook friends, the authors John F. McMullen and Amy Holman:

Kathleen Collins, creator of "Bicoastal - Atlantic to Pacific and Beyond" has been “taking pictures” since age 9, and studied at the School of Visual Arts and the International Center for Photography, and has worked for over 20 years in editorial, public relations and portraiture markets. She has taught photography and black and white darkroom techniques, both in New York and in Belfast, Northern Ireland, where she worked with a community photography group during the 1980’s. Her work has been represented in numerous group and one-person shows both in the United States and in Ireland, and her work is collected by a number of private individuals and corporate offices. She has curated art and photography shows in a small gallery in New York City, and is co-founder and Chair of the American Society of Media Photographers’ nation-wide Fine Art Specialty Group. She may be reached at kathleencphoto@gmail.com.

Paul Levinson, PhD, is Professor of Communication & Media Studies at Fordham University in New York City. His nine nonfiction books, including “The Soft Edge “(1997), “Digital McLuhan” (1999), “Realspace” (2003), “Cellphone” (2004), and ‘New New Media” (2009), have been the subject of major articles in the New York Times, Wired, the Christian Science Monitor, and have been translated into ten languages. His science fiction novels include “The Silk Code” (1999, winner of the Locus Award for Best First Novel), “Borrowed Tides” (2001), “The Consciousness Plague” (2002), “The Pixel Eye” (2003), and “The Plot To Save Socrates” (2006). His short stories have been nominated for Nebula, Hugo, Edgar, and Sturgeon Awards. Paul Levinson appears on "The O'Reilly Factor" (Fox News), "The CBS Evening News," “NewsHour with Jim Lehrer” (PBS), “Nightline” (ABC), and numerous national and international TV and radio programs. He reviews the best of television in his InfiniteRegress.tv blog and was listed in The Chronicle of Higher Education’s “Top 10 Academic Twitterers” in 2009. He may be reached at levinson.paul@gmail.com.


Amy Holman is the author of the poetry collections, “Wrens Fly Through This Opened Window” (Somondoco Press, 2010) and the prizewinning “Wait For Me, I'm Gone,” (Dream Horse Press, 2004), and of the reference, “An Insider's Guide to Creative Writing Programs: Choosing the Right MFA or MA Program, Colony, Residency, Grant or Fellowship." Her poetry, fiction and nonfiction has been in print and electronic magazines, such as Archaeology, Barrow Street, Cortland Review, Failbetter, Gargoyle, Night Train, and Xconnect, nominated for Pushcart Prizes, and selected for The Best American Poetry 1999. She teaches and consults with writers on publishing their work and being savvy about their literary careers. She lives in Brooklyn. and may be reached at aocean63@earthlink.net.


Mike Stewart retired after 30 years as a computer programmer and turned to writing while recovering from major surgery. His first collection of short stories, “Remembering Inwood – The Center of My Universe” draws on his youth in the Inwood section of Manhattan. Mike now lives in New Jersey and may be reached at MStew10034@aol.com.

John F. McMullen is a poet, author, journalist, technologist, college professor, consultant, and denizen of cyberspace. He is a graduate of Iona College and holds two Masters degrees from Marist College. His books include “The Inwood Book” (containing poems, short stories, and the novel “Offering It Up”) and “New and Collected Poems by johnmac the bard.” He is the co-author of a book on telecommunications, the author of over 1,500 news stories, articles, columns, and academic papers. He is a native of the Inwood section of Manhattan Island and resides in Jefferson Valley, NY, with his wife Barbara E. McMullen, an educator and entrepreneur. His Amazon Author Page is located at bit.ly/johnmac and his Facebook Fan Page at bit.ly/johnmacfan. He may be reached at johnmac13@gmail.com.

Thomas Wm. Hamilton, author of “Time for Patriots,” a time travel adventure with Washington, Franklin, and Mozart as characters, is a graduate of Columbia University who worked on the Apollo Project and then taught astronomy and ran planetariums for over 30 years. He may be reached at tham153@hotmail.com.

Susan Berliner began her writing career as a newspaper reporter for Fairchild Publications and then switched to freelance writing—mainly in education—publishing several book series dealing with editing skills, language arts, and standardized testing, and creating teachers' guides for Reader's Digest. She also freelanced as a reporter for the North County News, a Yorktown Heights, NY weekly. “Dust,” a newly-published supernatural thriller, is her first novel. A graduate of Queens College, she lives in Yorktown Heights with her husband, Larry, where she is writing her third book. She may be reached at sberlinerbooks@optonline.net.


Don Wortzman, an ex IBM engineer, holds a Bachelor’s in Electrical Engineering from City College of New York, a Masters of Science in Electrical Engineering from Syracuse University, and has completed coursework toward a Ph.D. in Mathematics at New York University. His new book, “Daughters of Ishtar,” a suspense thriller, is a departure from his first book, “The Gyroverse,” a non-fiction work based on an original theory that unifies all physics. He lives in Carmel, NY, with his wife Marge. He may be reached at wortzman@gmail.com.

Stan Trybulski, the author of “One-Trick Pony” (His next novel, “Case Maker,” the fourth in the popular Doherty series, will be published later this year and more of his short stories will be appearing in upcoming editions of the Sherlock Holmes Mystery Magazine and Hardboiled Magazine), is a graduate of Columbia University and Brooklyn Law School. He was a felony trial prosecutor for the district attorney’s office in Brooklyn and later a civil trial attorney for the New York City Department of Education. Prior to becoming an attorney, Trybulski was a newspaper reporter, college administrator and bartender. He may be reached at ftrybulski@snet.net.

George Hopkins has led writing workshops for Poets and Writers, the Noble Maritime Museum, and the Community Agency for Senior Citizens and has won awards for poetry, writing, community service, and television production, including recognition by NY 1 as a “New Yorker of the Week” for his 10 year work coordinating a Senior Citizens Poetry Contest and Festival on Staten Island. He is a graduate of Iona College and holds a Master’s Degree from The City College of New York. His recently published mystery suspense novel, “Collateral Consequences,” is a sequel to the previously published “Blood Brothers.” He was born in Brooklyn, NY, raised in the Bronx, lives on Staten Island and is the father of four children and the grandfather of eight. He may be reached at Greh322531@aol.com.