YouTube recommended this video to me the other day.


This video is a bit silly. Mario is essentially just reading an article he found on the (unaffiliated with him) website The Vigilant Citizen. The article is from June 2012, and it includes photos of Twilight stars Robert Pattinson and Kristen Stewart - separately - in photo shoots from glossy fashion magazines. The article makes reference to MK Ultra, a favorite among conspiracy theorists a.k.a. alternative media sources. (No judgment - remember, I like to examine so-called conspiracy theories through the lens of modern folklore and urban legends.)

Here's how the theory basically goes, according to my understanding:

- During/after the Korean War, the U.S. government saw the American prisoners of war were being manipulated by their North Korean captors to say anti-American things. (This part seems to be factual.)

- As a defense strategy, the U.S. began researching ways in which the human mind can be controlled. The "MK" part stands for "Mind Kontrol." Part of the U.S. government experiments under this program involved giving doses of hallucinogenic drugs, including LSD, to people without their knowledge or consent. (This part is factual and documented.)

- Although the program was alleged to have ended in the 1970s, it continues today. Actors, musicians, and other popular culture figures undergo mind control experimentation that makes them into Jason Bourne-type "puppets" who can be triggered by their handlers into performing whichever action their handlers want them to take. The process involves taking these people into a secret place where they are abused and tortured until their minds split like people with dissociative disorder. They come out with alternate personalities that don't know what the other personalities are doing. Common triggers include Disney movies, Alice in Wonderland symbolism, and Wizard of Oz symbolism (This part is speculative.) 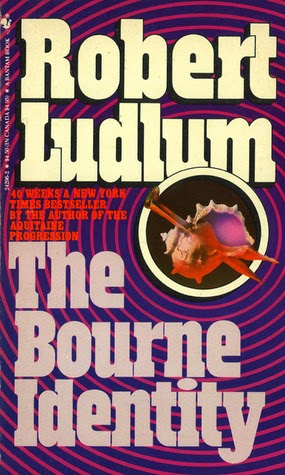 Mario is an interesting vlogger. I don't see eye to eye with him on many, many issues. He's anti-feminist, for example, and he doesn't believe in the theory of evolution. I'll never quite understand why a certain segment of the Christian population has to reject the scientific method, but hey, that's just me (and people who believe in a rational universe). But I think he's basically coming from a well-intentioned place, even if his "facts" are intellectually questionable. I say this so you know my intention is not to mock or disrespect him. On a person-to-person level, I kinda like the guy. Like me, he was raised as a Roman Catholic. He's a French Canadian who learned English as a second language.

At this point, I have been exposed to enough YouTube and blog material by The Vigilant Citizen, Mario the Vigilant Christian, and others to be able to "talk the talk" of MK Ultra, as you'll see below. If I were going to pick out a song to use as an example of mind control talk in popular media, that song would be "Lights" by Ellie Goulding.


I know you can interpret the lyrics of just about any song to mean whatever you want them to mean. In college I once wrote a paper about how the lyrics of Hole's song "Violet" could be interpreted as a warning about the dangers of alcohol abuse and another paper on how the Beatles song "I Am the Walrus" was John Lennon's plea for American authors, but especially Edgar Allan Poe, to be taken as seriously by the literary world as classical British authors. I knew those things weren't intended by the songwriters, but at the time I thought it was humorous to tortuously over-interpret things for allegedly comical effect.
So, please take this with a large grain of salt and, perhaps, a rocks margarita.

I hear "Lights" quite often on the station Tit Elingtin and I listen to on our day job as remodeling contractors. We listen to an "easy listening" station, while essentially means Top 40 radio without the rap songs. I liked the way the song sounded before I even listened to all the lyrics. I started to like Ellie Goulding even more when I heard her song "High For This (The Weekend Cover)." Then, of course, she contributed the song "Beating Heart" to the Divergent film soundtrack. It was one of my favorite songs for a while.


BUT I can't stand her song "Burn." I just find the very high-pitched section of this song incredibly annoying. Sorry. Even the best musical artists have an occasional fail. Now back to "Lights."

According to SongMeanings.com, which lets anyone add their comments on what they think the song means, the simplest explanation of this song is that it's about Goulding's childhood fear of the dark. She was afraid of the dark, so she had to sleep with a light on in order to feel safe.

Other theories think the song refers to:

- A battle with depression or another mental illness, such as schizophrenia
- Childhood sexual abuse
- An encounter with an extraterrestrial spacecraft and/or Goulding herself being from another planet.

Let's look at the lyrics of "Lights."

Interpretation The first line could refer to a childhood fear of the dark: "I had a way then (when I was a child) of losing it (losing my fear of the dark) all on my own (I simply turned on my night light)."
The second line, though, seems a little strange in that context. The queen has been overthrown? That fits more with the mental illness theory - the "queen," or rational part of her mind, has been "overthrown" or overwhelmed by the illness. It also makes sense according to the childhood sexual abuse theory: she had a heart then (as a child, before she was abused) but then she learned to shut off her feelings after "the queen was overthrown," which could refer to an adult authority figure, such as her mother, being unable to keep her safe from the abuse. Of course, both mental illness and sexual abuse could be considered part of MK Ultra-type conditioning - a child who is being groomed to be a pop star is abused until her mind splits, and that way she'll be easily controllable.

The chorus starts off with, "You show the lights that stop me turn to stone/You shine it when I'm alone/And so I tell myself that I'll be strong/And dreaming when they're gone." Now this seems to be saying the opposite of what we might expect. The lights were supposed to protect her from fear of the dark, right? So why is saying that the lights "stop me?" This speaks to the alien theory, I suppose: the lights that stop her are the sudden lights from a spacecraft that appear. She is either stopped simply by curiosity, or paralyzed with fear of them, or the extraterrestrial beings have stopped her somehow.

Some theorists, depending on their point of view, would go so far as to claim that aliens are synonymous with demons. They say that when people think they are abducted by aliens, they are really being tormented by fallen angels. If we are going with the MK Ultra theory, then we'd probably say that the handlers who perform the abusive experiments disguise themselves as aliens--or that they're somehow in league with actual aliens, who may or may not be fallen angels.

The "I tell myself that I'll be strong" could refer to being strong in the dark when there are no lights - a simple enough explanation, although it doesn't seem to match up with "lights that stop me, turn to stone" line. What does turning to stone mean, anyway? Shutting off one's emotions so that one is as imperturbable as stone, perhaps, which fits with the abuse theory.

"Dreaming when they're gone" seems to fit this theory as well; the child cannot sleep until her abusers are gone. What would "they're" refer to in the context of fear of the dark? Nightmares, perhaps. Maybe she simply means that sleeping in the dark makes her prone to nightmares.

The "calling me home" of the chorus is why some people interpret this song to mean that Goulding herself has come from the star people. The lights call her home? Why, that's her fellow extraterrestrials coming back to claim her. Alternatively, we might say that the lights calling her home are some kind of signal or trigger that her handlers use when it's time for her to "come home" to be reprogrammed. The "reprogramming" process is painful and frightening, and that's why the singer seems to be so scared and depressed.

In the second verse, "Touch my own skin and hope that I'm still breathing" sounds a bit ominous, but fear - including simple childhood fear of the dark - could do that to a person. But then she sings something rather strange: "And I think back to when my brother of my sister slept/In an unknown place(,) the only time I feel safe." The only time she feels safe is when her brother and sister slept in an unknown place - now that seems odd. If a child were simply scared of the dark, wouldn't we expect her to say that she only felt safe when her brother and sister slept in her room with her, or when they were in the house with her - sort of a "safety in numbers" feeling? What is the "unknown place?" Is she saying that she wants her brother and sister to sleep away from where she is, because wherever she is is unsafe, and she wants to keep them safe? That line really makes it seem as if something other than mere darkness frightened her when she was a child.

In short, although this song is supposed to be about using light to ward off fear of the dark, the lyrics actually seem to be suggesting exactly the opposite - that the lights are failing to ward off the fearful thing that the dark brings, whatever that thing may be. But only the songwriters know for sure what they were thinking.

Freedom by Lynne Gordon-Mündel. $6.99 from Smashwords.com WHAT IF EVERYTHING YOU BELIEVE IS WRONG? What if we have been raised within illusion, within a complex mythology so pervasive, so familiar, so deceptively safe, that it is invisible to most people? The purpose of this book will be to expose some of our myths, thus challenging the ideology that keeps us imprisoned.
Posted by Erin O'Riordan at 12:00 AM