WIP Wednesday: "Twilight of the Goddesses"

Are you an author? Would you like to tease future readers with a blurb about your current work in progress on a WIP Wednesday? If so, e-mail me at erinoriordan (at) sbcglobal (dot) net. For the month of December, I'll be supplementing WIP Wednesdays with Winter Solstice posts - it'll officially be known as Winter Solstice Wednesday - but I'd still love to hear about what you're currently reading and share it with my readers.

Erin O'Riordan: I'm offering the full (1,400-word) version of this post as a guest post in today's BloggerLinkUp newsletter. This is just a little taste.

"Twilight of the Goddesses" by Erin O'Riordan

Inside every woman there is a goddess archetype, according to the feminist classic Goddesses in Everywoman. Jean Shinoda Bolen’s 1984 book combined the psychology of women with classical Greek mythology to describe seven personality types. These goddess archetypes reoccur in women’s lives and in literature.

The women of Stephenie Meyer’s Twilight series are deeply in touch with their inner goddesses. Bella Swan, the human (at least until the fourth book) heroine of the series, has been criticized for her passivity, submissiveness and resemblance to a stereotypical damsel in distress. Yet the storybook cliché of the woman in need of rescue has a deeper meaning, a resonance with one of the classical goddesses of Greek mythology. From motherly Esme to the half-breed infant Nessie, the women of Twilight resemble five of Shinoda Bolen’s seven goddesses. 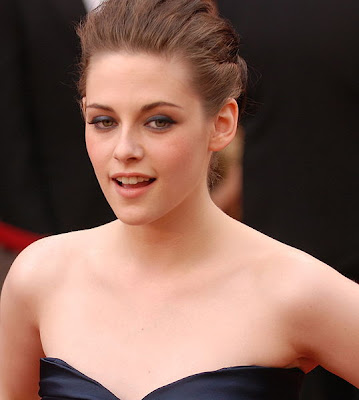 In Greek mythology, Athena was the warrior-goddess of wisdom. She was the patroness of great heroes including Achilles, Perseus and Jason. Alice Cullen has her own hero: Jasper Cullen, formerly a general in an ambitious vampire’s territory wars. Athena entered the pantheon of Greek deities as a full-grown adult; Alice joined the Cullen vampire coven not as a human but as a fully-formed vampire. Athena’s was also goddess of crafts; Alice has a talent for planning over-the-top, sophisticated parties. 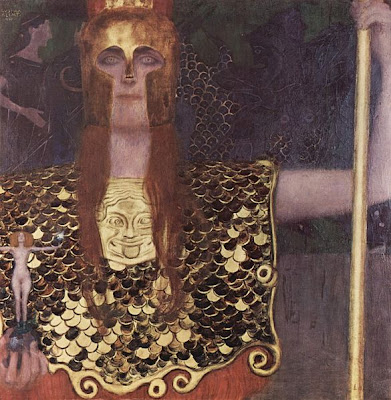 Women who follow the Athena archetype always know what to wear. Alice has a distinctive sense of fashion and helps Bella choose outfits for special occasions. Athena women want to marry powerful, successful men; Alice is inseparable from Jasper. Wise Athena women go through life seeing clearly, but Alice does them one better: she has visions, literally seeing the future clearly.

Both images are in the public domain.


Make Custom Gifts at CafePress
Posted by Erin O'Riordan at 7:33 AM

Love the Athena imagery. As to what I'm writing, as always a wide range of things, from several novels to short fiction to poetry to articles and columns and blogs, to letters for friends.

That, of course, is a Gustav Klimt. Possibly my favorite 20th century artist, but that's a tough call.

Diversity is always a good thing, Gene. It keeps the writer from getting bored.

I'm too superstitious to comment on my work, lol! Comes from working in Hollywood...

P.S. "Twilight of the Goddesses" was ultimately published at: