Happy birthday to me! My birthday gift to you, loyal readers, is a gallery of hotness inspired by the year of my birth, 1977.

I am completely, blatantly ripping this post off from Alexandra O'Hurley and her blog Oh Alex, except Alex was born in a different year. Thanks, Alex, for the inspiration. Everybody should buy your books on Amazon or from their favorite retailer.

Oh yeah, that body is a wonderland. He barely makes the list at #10 because he's still in the doghouse over his derogatory comments about women of color in a Playboy interview. He's one of those bros you shouldn't think is hot, but maybe you do. 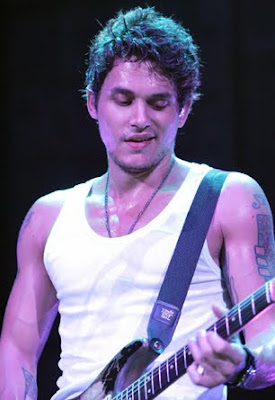 That Yugoslavia! Thing strikes again; I like big Serbian dudes and I cannot lie. Plus, you've gotta love Peja because of his deep commitment to children's charities, following the example of his mentor Vlade Divac.

Now that he's retired from the NBA, I believe he should be put out to stud; Peja makes beautiful babies. 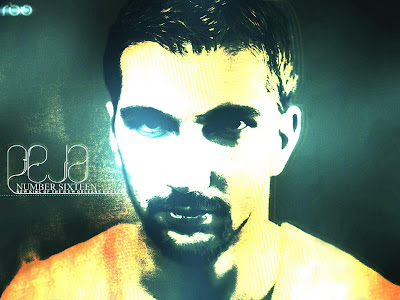 I first noticed him in Inglorious Basterds, and along with Eli Roth he inspired me to write Brad Pitt Is Not the Hottest Guy in Quentin Tarantino's Latest. The Internet nominates him to play the role of Christian Grey in 50 Shades of Grey. 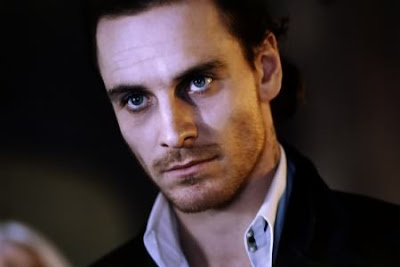 Ludacris is another guy that when you're a feminist woman, you're not supposed to like him - but damn, this guy can lay down some irresistible beats. I especially enjoy his collaborations with Missy Elliot on "Gossip Folks" and "One Minute Man."

I love him in Crash - not the David Cronenberg film of the J.G. Ballard novel, but the other movie titled Crash. He was also a guest on The Simpsons, on which he created the greatest anti-tooth decay film ever. Dirty dirty mouth, y'all! 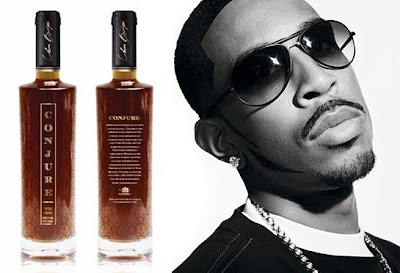 Luda even has his own brand of cognac - how cool is that?

Also, bisexual girls like Ludacris 'cause at first we thought he was saying, "Bi chick bad, bi chick hood/Bi chick do stuff that your chick wish she could."

Yeah, yeah, I know I already sung the praises of the female Gyllenhaal sib as part of The Hanukkah Hotness, but can you ever really get enough Maggie G? Maggie and lil bro Jake rank very high on the list of Things Bisexual People Like. 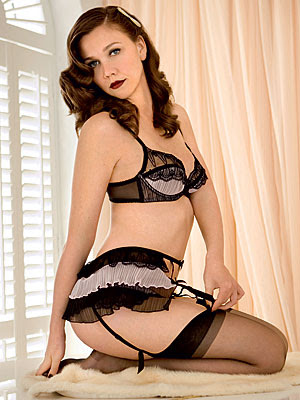 New Jersey-born Kalpen Suresh Modi serves his country as Associate Director of the White House Office of Public Engagement. He's smart and sexy - that's hot. The politician and sometimes academic lecturer on Asian-American studies also goes by the stage name Kal Penn, under which he is best known as Kumar Patel of the film duo Harold & Kumar. 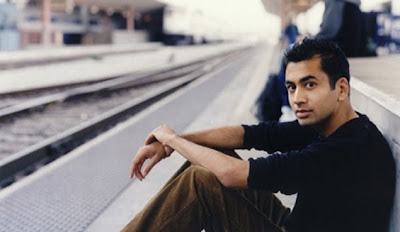 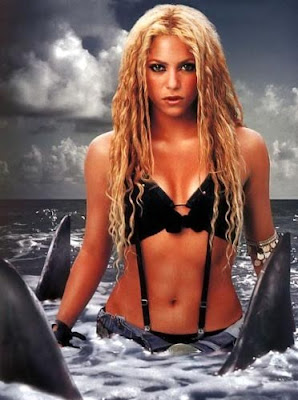 Having had a crush on Syler on Heroes (when he wasn't cutting heads off), I based Zachary in "Innocent" on him. If I would have known he was gay, I would have made it a m/m story. Feel free to send me links to your Syler/Peter Petrelli slash.

No, really. Send them to me. 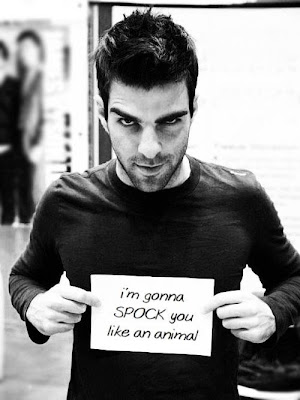 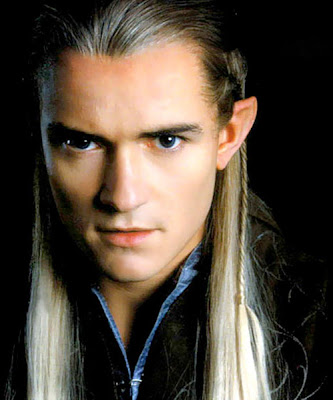 He's not the guy who made out with Christian Bale in Velvet Goldmine, but who cares? He was in VELVET GOLDMINE. 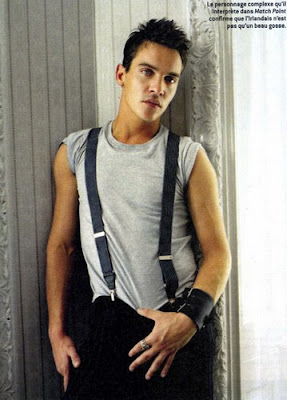 A good JRM gallery is at MamaKitty Reviews.
Posted by Erin O'Riordan at 7:03 AM

Happy Birthday, Erin! I always love your blogs and today you have inspired me to post the hotties from the year of my birth, on my birthday. Uh - but I'll have to use pictures of them taken 20+ years ago! HAPPY BIRTHDAY!

Okay, your list is SOOOOOOOOOO much better than mine. You have SPokck, Legolas, and Magneto.

Ahhh...Michael Fassbender. You are go incredibly sexy. (Had a request to put his ass on Sexy Man Monday and I actually found one of his ass to do so.)

Glad you enjoyed my post and it spurred this awesome one on. I am completely humbled. Thanks and I hope you have had an incredible birthday today!