Howl, and One Lovely Blog Award from Shah Wharton

Everyone over the age of 16 should see the movie Howl, starring James Franco as American poet Allen Ginsberg. It's a brilliant film about a seminal American book. Every word of dialogue comes from Ginsberg's poetry and writings or the transcript of the obscenity trial to which the book's publisher was subjected. (The publisher won.) 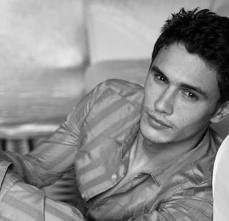 James Franco is a fine actor, and I like him in this, but I don't quite buy the illusion of him as Allen Ginsberg. He doesn't quite have the right spirit. Maybe that's just because I so admire Ginsberg and his poetry. When he died in 1997, losing his cancer battle at only 71, I grieved for his loss as if I knew him. I didn't know him, except through his words, but that's what good poetry does to you. When the poet dies, a little part of the reader dies, too.

The movie also has David Strathairn, as the prosecutor in the obscenity trial. Why do I love David Strathairn? For playing the regal Theseus in A Midsummer Night's Dream. (The Hippolyta opposite him isn't very Amazonian, but it's too late to go back and fix that now.) He's kind of big in literature-based films. If you're a huge fan of children's books and their screen adaptations, you may know him as Arthur Spiderwick in The Spiderwick Chronicles. If you're a fan of Stephen King adaptations, you might known him as Dolores Claiborne's asshole husband. However, his best-known role may be as Edward R. Murrow in Good Night, and Good Luck, an intriguing historical drama with the hotness factor of George Clooney + Robert Downey, Jr. (That one was not based on a book; Clooney wrote it with Grant Heslov.) 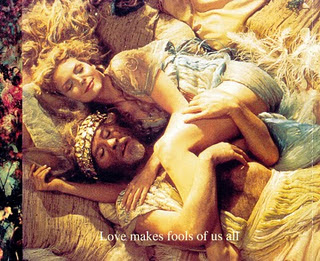 (This is Titania and Bottom, not Theseus and Hippolyta, but we do know from the play that Theseus and Titania had been lovers.)

I wrote a derivative poem once, based on "Footnote to Howl." I call it "Moist Howlette."

The sacred whore’s as holy as the seraphim! The sex worker is holy as you my soul are holy! The clitoral orgasm’s as sacred as the vaginal orgasm!

Sacred the lesbian and the gay man! Sacred the bisexual! Sacred the straight feminist and sexual shepherds of rebellion!

And now for something completely different. 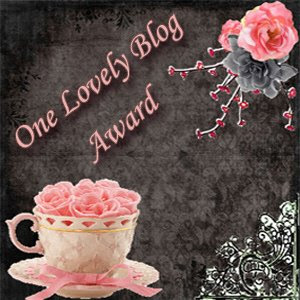 This award comes from Shah Wharton, writer extraordinaire and proprietress of Words in Sync. As an award recipient, I'm supposed to pass the award along to 15 other bloggers.

These are 15 of the most fabulous-est blogs, in alphabetical order:

Catch the Rush
DAT's So Cute
Dorothy Surrenders
For the Love of Blogs
Gee/K/Ink
Gene's Rattle Bag
Jeffrey Beesler's World of the Scribe
Little Luck Tree
Mom's Bookshelf and More
Poetry and Zombies
The Best of Everything
The Demon Stole My Pencil
The Gypsy Art Show
Where Fantasy and Love Take Flight
Word Up, Nerd Up

Quite an eclectic collection, is it not?

If your blog is on the list, this post serves as your notification that you've been awarded. Thanks again, Shah!

Aw, Nicole, how sweet of you to say. But the brilliance is all Ginsberg's, not mine.

I need to give Ginsberg more of a chance, I suppose, but the truth is when it comes to poetry I'm sort of a traditionalist. I'm not one for almost everything else. I did enjoy your poem, however, and also the title. I'm certainly not opposed to "obscenity" at all, and I think it's a shame that still to this day SEX, the reason we are all here, is even considered obscene. Ridiculous. Puritanical. Bullshit.
+followed