Warning: the first part of this post is going to be a bit of a ramble. If you just want the straight movie review, skip down to Rose Is So Badass.

My Valentine's Day was an odd one. In the morning, Tit Elingtin and I went to a pancake house for a lovely Valentine's breakfast. I had a crepe stuffed with vanilla yogurt, fresh strawberries (they are shaped like hearts, after all), fresh blueberries, and granola. Yum!

Then, off to our day job, remodeling - I'm back to working as assistant remodeling since my steady editing contract ended - where we dug mud out of a semi-frozen hole. We're desperately trying to install a sump pump before the snow melts and floods the basement we're remodeling. So glamorous! I don't think I need to mention how badly I want another steady editing gig.

At 3:40, we hurried home so I could change my muddy jeans and boots. I hopped in my mom's nice, clean, warm car and we went to the movie theater. It was still early - we caught the 4:40 show - so most of the couples out on date night weren't yet there to see Endless Love, Labor Day, or Winter's Tale. 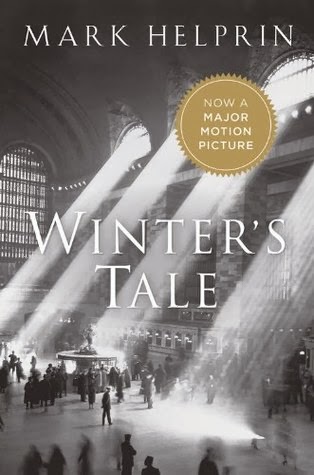 We didn't quite have time to eat a salad at Panera like we originally planned, so we needed popcorn. I ordered a large Diet Coke and got a plastic Divergent cup, which I'm going to keep as a souvenir. We're about five weeks away from the Divergent movie premiere.

Before the actual movie trailers, one gets commercials. Today's commercials included a promo for the A&E television series Those Who Kill. One star of the series is James D'Arcy.

The lovely English actor has very striking bright blue eyes. He makes me sad, though, because I'll always think of him as Rufus Sixsmith from Cloud Atlas. Sixsmith/Frobisher tragic romance feels - activated.

I may have let slip a quiet "Squee!" during the trailer for the Veronica Mars movie. I loved that series, even though I only started it on DVD because I loved Enrico Colantoni so much on Person of Interest. But what's not to love? Veronica is smart, she's snarky, she can take care of herself, and she's played by Kristen Bell. (I'm still mad that Syler killed her on Heroes.) Unresolved Veronica/Logan feels - very much activated.

This was followed by the The Fault in Our Stars trailer. I already saw it on YouTube, but this was my first time seeing Hazel Grace and Augustus on the big screen. TFIOS tragic romance feels - way, way activated. I have a feeling I'm going to quietly sob my way through that entire movie.

Now for our feature presentation. 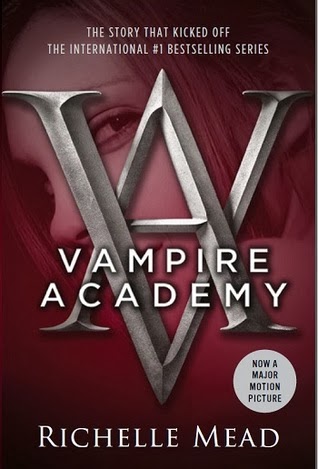 Rose Is So Badass

So: Vampire Academy. I did not read a single book in the series by Richelle Mead. Mead's website says there are six books in the original series and then a spinoff series. I only saw the trailer once on TV, so I knew very little about the movie going into it. Basically, we only saw this one because it had "vampire" in the title. I expected something like a vampire version of Hogwarts.

Which it sort of is, because the vampires do learn magic, although their magic is more elemental (earth/air/fire/water) than what Hogwarts teaches.

To sum up the story in a non-spoilery way for anyone else who hasn't read the books, I shall quote from Vampire Fun & Games: Trivia, Puzzles and Games That Don't Suck by H.W. Kondras:

"In this series, the main character is Rose Hathaway, a half-vampire who is training to be the bodyguard for her best friend, vampire princess Vasilisa Dragomir. There are two kinds of vampires in this series: Moroi, living vampires who can wield magic, and the Strigoi, undead who feed on the innocent to survive. Vasilisa (or Lissa) is the last of her family line and a princess of the Moroi. While learning how to defend her friend from the Strigoi, Rose falls in love with her instructor, Dimitri, at the Academy, and even in vampire circles, a teacher-student romance is frowned upon."

Lissa is a gentle soul, somewhat sad after her parents and brother Andre were killed in a car accident, very loving towards animals and her friends, and a little otherworldly. She's played by Lucy Fry. She's absolutely gorgeous, with an ethereal quality that reminds me of Amanda Seyfried or a young Michelle Pfeiffer.

I like Lissa, but I really like Rose. Rose is a badass who lives for protecting Lissa from the Strigoi - and sometimes from herself. She's not just a bodyguard; she's the best friend any woman would love to have. She has strong opinions, a snarky personality, and killer fighting moves, and although she's a Dhampir - human mom, vampire dad - she's more Buffy Summers than Bella Swan.

Rose is played by Zoey Deutch. She played Emily in Beautiful Creatures.

Now let's talk about the love interests, Christian and Dmitri. Christian Ozera is something of an outcast at the vampire academy, the formal name of which is Saint Vladimir's. (St. Vladimir was one of the moroi.) His parents chose to become Strigoi and had to be killed. Tainted with a whiff of evil, Christian is generally assumed to be on the same path as his parents, liable to go bad at any time. However, when he and Lissa find themselves alone together, the flirting begins almost immediately. At first Lissa doesn't return Christian's affection, and Rose tries to scare him away, but Lissa comes to bond with the man in black.

Christian is played by English actor Dominic Sherwood. He looks like the illegitimate child of Robert Pattinson and Jonathan Rhys Meyers. Yum.

Dimitri Belikov's introduction to Rose involves deflecting her attack by violently throwing her to the pavement. It's a thing that they have: she's always trying to attack him when he's least expecting it. But he's just doing his job, trying to protect the princess, and teaching Rose to do the same. The tattoos on the back of his neck indicate Dimitri has killed six Strigoi. His badass level is through the roof, so it's no wonder why Rose would dig him. He's her teacher, though, and he's eight years older than her - she's 17 - so their relationship can't go beyond flirtation on her end, at least until after she turns 18 and graduates.

In one scene, Rose and Dimitri fall under the spell of an enchanted necklace. She bursts into his room, where he's reading on the bed. They kiss passionately. He rips off her dress and throws it into the fireplace, then pounces on her. Before they can go too far, though, he takes the necklace off her, and the spell is broken. A small part of me thought, "Yes! Do the thing!" But most of my brain thought, "This is highly inappropriate!" I do want Dimitri and Rose to be together, but only AFTER she turns 18 and graduates.

Dimitri is played by Danila Kozlovsky, a Russian actor. He is absolutely gorgeous in the long black wig, and with his pale skin and dark hair, he looks a bit like Bill Compton from first-season True Blood. Yum.

I must warn you if you go to see this film, there is some cruelty to animals. It's not on-screen, but in two instances, dead animals are shown. One is a fox, and the other one is Lissa's pet cat. This did not sit well with me at all. If you're very sensitive to violence against animals in films, you may want to skip this one.

If you hurt my cat, I will jam a silver stake through you heart, whether you're a Strigoi or not.

In this movie, Gabriel Byrne plays Victor Dashkov, a friend of the Dragomir family and member of one of the other twelve Moroi royal families. The twelve families take turns ruling; the queen at the moment is named Tatiana, and she's kind of a jerk. At first Victor seems like a sweet old guy suffering from some vampire disease, and the dad of Lissa and Rose's classmate Natalie. (Natalie is played by Sarah Hyland, best known on U.S. TV as Haley Dunphy on Modern Family.)

Naturally, he has a hidden agenda. I won't spoil it, but I will say that although his character in Vampire Academy turns out not to be a good guy, Gabriel Byrne is still my sweet, sweet baby. You can read more about my Gabriel Byrne fetish in "The Older Dudes I'd Most Like to See Lewd."

Overall, I liked this movie. In some ways it was a rather predictable high school comedy/drama with vampire mythology tacked on, so I'm under no illusions that it's one of the greatest films ever produced. For what it was, though, it was fun. It made good on its promise, at least for someone like me who hadn't read the book. The young women who sat in the row in front of us in the theater did say a lot from the books was left out, but that's to be expected from a book-to-film adaptation. As I always say, a movie is a snack, but a book is a buffet.

Plus, the movie had a nice anti-bullying, anti-slut shaming (sexuality shaming, if you prefer) message.