Occasionally, I see a movie that sends me running to read the book it was based on. The Thin Red Line's film adaptation inspired me to read James Jones' entire Wartime Trilogy, which occupied much of my reading time in 2012. When I saw The Prestige, not only did I develop my Titanic-sized crush on Christian Bale, but I was also so intrigued by the story, I read Christopher Priest's novel. 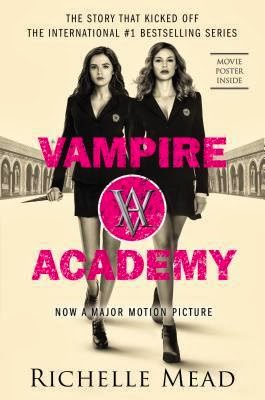 So it was with Vampire Academy

. I saw the movie on Valentine's Day (review here) and couldn't get it out of my head. Earlier this week, after a session of ghostwriting at my local library, I sauntered over to the YA section and checked out the first Vampire Academy novel by Richelle Mead.

As I expected, I liked the book even better than the movie. It explained some things that weren't clear, or that I got wrong, when I watched the movie. I thought Rose's mother was a human, for one thing, but it turns out her mom's a famous guardian and a Dhampir. I didn't know the child of a Dhampir mother and a vampire (Moroi, specifically) father was also a Dhampir. This explains Rose's mother's aloofness.

I was slightly less horrified by the dead and wounded animals when I was reading about them than when I saw them on screen. Sometimes it's the visual that really gets you. I know some people were just the opposite on this, but when I read about Rue's death in The Hunger Games, it didn't affect me on such a gut level as when I saw the scene acted out by the beautiful young Amandla Stenberg.

On the other hand, some parts of this book that were delightful to see on film were even more delightful to read. Christian and Lissa's kiss, for example. Richelle Mead's writing shines most when she's writing about a strong passion, whether it's lust, anger, or Lissa's healing powers. 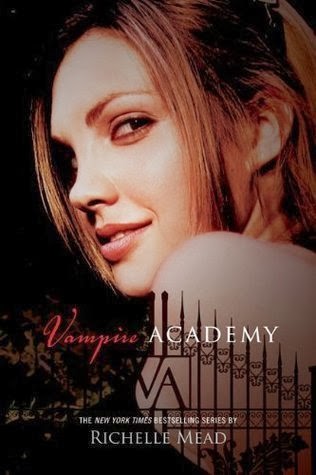 What I hoped would be explained better in the book than it was in the movie - Lissa's Spirit power, and elemental magic in general - wasn't really explored as much as I'd hoped. True, as the first book in the series, Vampire Academy

had to pack in a lot of exposition, and perhaps Mead picks up the theme more in later novels.

I think I'll read on in this series. I'm curious to know whether Rose ends up with Dimitri or whether she meets someone her own age.

In the meantime, since I don't have the second book in the series, Frostbite: A Vampire Academy Novel

, in front of me, I've picked up The Vampire Diaries: The Return: Midnight by L.J. Smith. For me, it'll be the last book in the series, since I'm only reading the ones actually written by Smith.

I AM still reading Middlemarch, but very slowly, as it deserves to be read. It is not exciting book. Even though Jane Eyre told me I would like it if I liked Jane Eyre, I am almost 200 pages in and I am not finding this to be the case.

Our crime thriller Eminent Domain is a Kindle Bargain, only $3.99 for a limited time