By now, most people have heard of the hit Broadway musical Wicked. Since its debut in 2003, Wicked has taken America by storm and entertained thousands of patrons around the country with its magical sets, inspiring story, and memorable songs. The Oz-ian tale of two witches (based on L. Frank Baum’s original characters of Glinda the Good Witch of the North and the Wicked Witch of the West) has found appeal in both adults and children, and continues to entertain theatergoers each night in venues around the world.

The story behind Wicked is loosely based on the 1995 Gregory Maguire novel Wicked: The Life and Times of the Wicked Witch of the West, which itself is a parallel novel and prequel of sorts to the 1939 film The Wizard of Oz and Baum’s original material. It sees two witches - Elphaba, whose emerald-green skin and fiery disposition sets her apart from the other residents of Oz, and Galinda, the beautiful, ambitious and popular blonde witch - develop an unlikely friendship. Throughout the story, the two witches struggle through opposing viewpoints and compete over the same love interest. As the plot unfolds, Elphaba becomes increasingly ostracized for opposing the corrupt government in Oz, while Galinda remains headstrong and is embraced by the people of Oz. 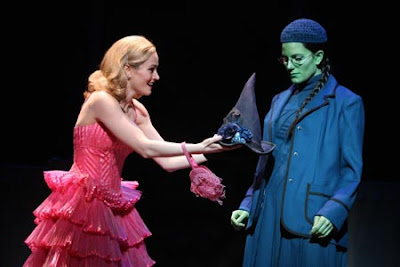 When interviewed in El Paso about her role as Galinda, Katie Rose Clarke described her character’s arc: "She starts out as a young girl going to school for the first time, away from her comfort and her family and then going through just difficulties of life." What follows is a tale of friendship between Galinda (who later becomes Glinda, the Good Witch of the North) and the misunderstood Elphaba. "I think it's known to be life-changing. People very much relate to the story, everyone can," said Katie Rose.

One aspect of the production that has received widespread acclaim from critics and fans alike is the sets. Galinda’s now-famous magic bubble is one of the key props, while other props, equipment and lights that feature onstage all come together to give a sense of magic rarely seen in other stage productions. It is because of this high level of production that fans have wanted to come back time and time again to see this spectacular show. 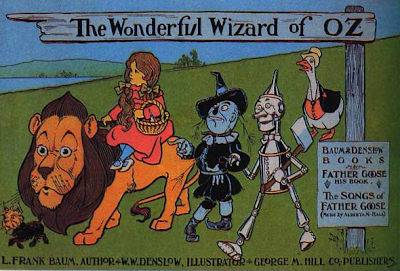 The costumes, too, are quite fantastic. With a reported $2 million spent on this part of the production alone, no expense has been spared in producing the best outfits for the cast. Describing the fitting process, Katie Rose said, "All the characters have the costumes made for their bodies. We go in. We get measured, so it's a work-intensive process to get costumes for every company." And what happens when one of the cast members becomes sick? “We try to get better hopefully before we do the show that night. And if not, then we have understudies that are amazing and they rehearse just like we do.”

Wicked tickets are available from various online outlets, including at the show’s official website. New dates have recently been announced for Salt Lake City in July, and further dates are expected for 2012 in locations around the US.
Posted by Erin O'Riordan at 7:27 AM

Enjoy the performance of your beloved star with your friends and family. Detailed information of the events can be dig out from internet. Discounted Wicked Tickets of all events that you love to attend and make your possible presence by booking your desired seat.