I saw Daniel Radcliffe on The Talk yesterday. This was the first I'd heard of his upcoming role in a film called Kill Your Darlings, in which he'll play Allen Ginsberg. The plot revolves around a murder committed by Lucien Carr in 1944.

[Sidebar: Presumably, this refers to the killing of David Kammerer. In the film Beat, David Kammerer is played by another actor I greatly admire - Kyle Secor, who played the sexually conflicted homicide detective Timothy James Bayliss on Homicide: Life on the Streets (on the right; his TV partner is the brilliant actor Andre Braugher). 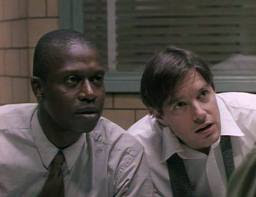 In Beat, Ginsberg is portrayed by Ron Livingston. Norman Reedus, perhaps best remembered from Boondock Saints, played Lucien Carr, and Courtney Love made an appearance as Joan, the wife of William S. Burroughs.]

I'm so excited that Daniel Radcliffe is attempting to play Ginsberg. I think I will like this as much as, or even more than, James Franco's portrayal in Howl.

Some of the discussion on yesterday's talk show was about the fact that Dan hasn't really grown much (in height) since he first donned the robes of the Boy Who Lived.

This does not bother me at all. I still say Radcliffe's grown into a very attractive young man. Here he is at age 18 in a photo by David Dj Johnson. 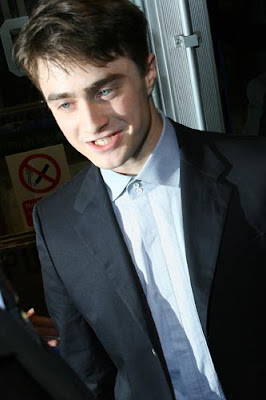 You don't have to be tall to be beautiful - right, Tom Cruise as Lestat? 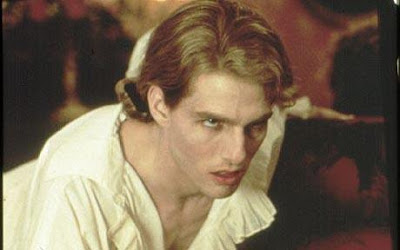 This height-challenged hottie gets tons of great movie roles based on books, from The Outsiders to The Firm to War of the Worlds. You know, I used to think he wasn't very attractive, but the older I get, the more I like Tom Cruise. (No Scientology jokes - I respect everyone's religious freedom. But I will say this again - his wife is not as good a Rachel Dawes as Maggie Gyllenhaal is.)

You know who does a hella good impression of Tom Cruise? Miles Fisher.

Later, I found this picture of Dan on Pinterest, which I just recently joined: