Nobody's Daughter and the Return of Courtney Love

I listened to the Hole album Nobody's Daughter for the first time today. I sort of vaguely remember hearing about this album a year ago, when it came out, but this is the first time I ever had the chance to hear it. It's absolutely brilliant.

Courtney Love is the only band member left over from the original Hole, yet the sound is essentially the same. The best songs on it are the title track, "Skinny Little Bitch" and "How Dirty Girls Get Clean." I liked them as much as I liked "Malibu." I'm always going to consider Live Through This

as Hole's greatest album, and I also harbor a certain enthusiasm for the early Velvet Underground covers. I can easily see Nobody's Daughter fitting into my music rotation, though.

Although Courtney Love considers herself a feminist, this book blogger finds it interesting to note that Love has publicly feuded with author Camille Paglia. In a 1997 Q+A for Salon.com, Paglia unfavorably compared Love to Madonna. In a November '97 interview in Rolling Stone, in which Love appears on the cover with Madonna and Tina Turner, Love said Paglia's criticism did not hurt her. "I'm a secret Camille Paglia fan," Love told the magazine. "Her criticism of me is probably the only criticism I ever actually paid attention to - if only to argue about it in my head. But in terms of rock & roll, she just got it wrong. She applies all her wacky feminist theories to tribal dance music, and she doesn't understand Led Zeppelin or where it comes from."

The 1997 RS interview also contains my favorite Love quote ever. Love was asked about the female role model who most influenced her. She answered, "It changes all the time. It's like the 12 signs of the zodiac. What mood are you in? Are you in a Bette Davis mood? Are you in a Stevie Nicks mood? They're like goddesses. You use archetypes from popular culture the way Greeks used gods and goddesses."

Love her music or hate it, you must admit Courtney Love has a fascinating perspective on pop culture. If she's going to make albums like Nobody's Daughter, I hope her pop culture star is once again on the rise. 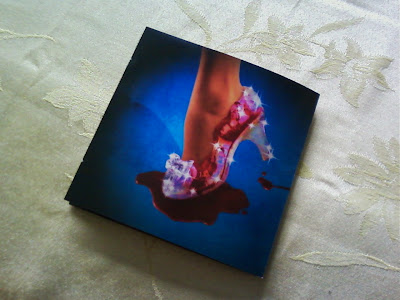 I appreciate your help very much. I'll make use of the links you sent to me. Please note: I voted you on PrintedBlog.