When Two Pieces of My Young Adulthood Died: Marcia Wallace and Lou Reed

Over the weekend, two cultural figures who were instrumental to the workings of my subconscious passed away. Marcia Wallace, the voice actress who lent her voice to Edna Krabappel on The Simpsons died on October 25th (Friday night). Wallace was born on November 1, 1942, and passed away from complications of pneumonia. Simpsons producer Al Jean is reported to have said that the character of Mrs. Krabappel will be retired.

According to the obituary in USA Today, Wallace wrote an autobiography titled Don't Look Back, We're Not Going That Way that was published in 2004. 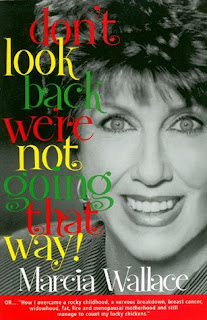 According to Internet Movie Database, her first role was in an episode of Bewitched. Her face is probably best known to fans of The Bob Newhart Show (it went off the air when I was still a baby), but she made brief appearances on a vast number of shows and voiced a number of cartoons. She did a voice on Darkwing Duck, the TV version of Aladdin, Captain Planet, and some other '90s ones while she was doing The Simpsons.

Just in case anyone didn't already know, I am a huge Simpsons fan and have been ever since they were shorts on The Tracey Ullman Show. I've seen every episode at least twice - probably dozens of times if I have it on DVD, which is up to Season 9 or 10. I still have to watch the new ones as they come out on Sunday nights, and if I you hear me say a non sequitur, I'm probably just quoting The Simpsons. I'm deeply invested in the cartoon series and its cultural impact (for 20+ years!), so to lose the voice of Edna Krabappel seems sad to me.

Especially since Edna just married Ned a season or two ago. And yes, I went to the website and voted for them to stay together. 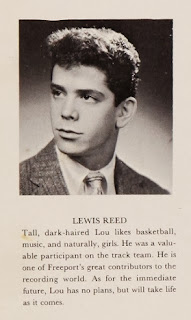 Then, on October 27th (Sunday), Lou Reed died from liver disease. He was an ethnic Jew but said "my God is rock 'n roll." He was bisexual, and his family tried to "cure" him of this with electroconvulsive shock therapy. If all you know Lou Reed from is "Walk on the Wild Side," then oh, my friend, you have not even begun to crack the surface.

His solo music career was much longer than his stint with the Velvet Underground, but it's the VU songs that are really part of the landscape of my subconscious.

The first time I ever heard a Velvet Underground song, it was this one.


At around the same time, I also would have heard Duran Duran's cover of "Pale Blue Eyes" on their second eponymous album ("the wedding album"), but it doesn't have nearly the depth and power of the Nirvana cover, or of the original as sung by Nico. You can love Nirvana or hate them, but you can't deny they were a cultural influence on kids like me, going to high school in the early 1990s in the U.S.A. This cover got me to go to the library and check out a copy of the VU album with the Andy Warhol banana painted on the front (The Velvet Underground and Nico).

Nico had died in 1988, but I soul-bonded with her poor drug-addled soul while reading James Young's memoir of his late-career European tour with her. (It used to be called Nico: The End and was subsequently retitled Nico: Songs They Never Play on the Radio.) When I was 19 or so, I actually once tried to write a play based on the events in that book. 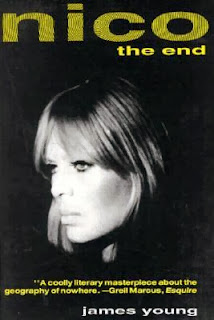 When I heard the original "Here She Comes Now" on the album White Light, White Heat (which I think I actually had to go to a music store to buy - that's what we used to do, kids, before they had the iTunes), I thought it was probably the most perfect pop-rock song in all of history up to that point. Lou Reed has this very sexual and somewhat mournful longing in his voice, and you're not quite sure if he wants some woman or some guy or some heroin, but either way, you could listen to it two dozen times in a row.

Sometimes, I did. Especially after I got the boxed set, and I could rotate between the album version and the demo. I used to get really excited to hear VU songs in movies, like The Doors and I Shot Andy Warhol.

One of Lou Reed's college professors was the poet Delmore Schwartz.  I always thought that was cool. The VU song "European Son" is dedicated to Schwartz. No one is quite sure why; maybe the title is because Schwartz's parents were from Romania. 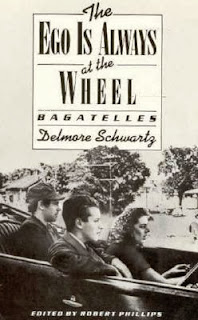 I also remember Lou Reed from:

- His song "Tarbelly and Featherfoot" from the compilation/charity album Sweet Relief: A Benefit for Victoria Williams

- His associations with '90s U2, including a duet with Bono on Reed's "Satellite of Love" on the Zoo TV tour (which I witnessed only via pay-per-view) and their joint appearances on the soundtracks to two Wim Wenders films (Faraway, So Close! - featuring Lou Reed's "Why Can't I Be Good" and Until the End of the World - featuring Reed's "What's Good")

- Magic and Loss, the album he made when Sterling Morrison was dying of cancer, which is actually where "What's Good" came from. It includes the line, "What good is cancer in April? Why no good, no good at all."

- I remember when the performance artist/violinist/experimental musician Laurie Anderson started dating him in the late '90s. I didn't realize it, but they got married in 2008.

Which, I suppose, kind of shows that I lost track of his career after the 1990s. Reed and Anderson did quite a few collaborations, it seems. The last time I heard Lou Reed's name was probably when Norah Jones' side project The Little Willies put a song called "Lou Reed" on their album - a little story-in-song about cow tipping. I don't think Lou Reed was ever really down in Texas tipping cows. I think he was happy at the end, though, even though he'd gone through a liver transplant.


The two living original members of the Velvet Underground are John Cale and Maureen (Mo) Tucker.

Safe passage to the other world, Marcia Wallace and Lou Reed.