The Perks of Being a Wallflower

The Perks of Being a Wallflower by Stephen Chbosky

I got a free Scribd membership through Smashwords, and I read this book there. I'm glad I didn't have to pay money for it, because it wasn't nearly as good as I hoped.

I liked Charlie well enough, but I didn't care for the narrative voice. The tone was flat and dry, and it didn't seem to fit with a supposedly above-average 15-year-old. The narration made Charlie seem so much younger than 15, I wondered at first if he was intellectually disabled rather than intellectually gifted. After all, what gifted teen can't think of how to use words like "corpulent" in his school essays? 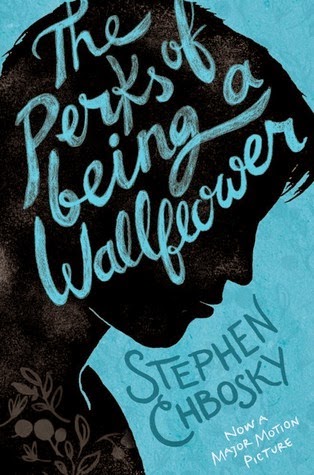 Perhaps Charlie falls somewhere along the autism spectrum and is high functioning. He certainly seems to be clinically depressed, and his mood swings might indicate bipolar disorder as well. It's hard to say; he's a bit of an unreliable narrator since he's not always insightful into the behavior of others or himself. At times he's very insightful, but clearly, he has enormous blind spots.

(Can you tell I was a psychology major and used to work in a child and adolescent mental health care facility?I have met many a Charlie in my day.) 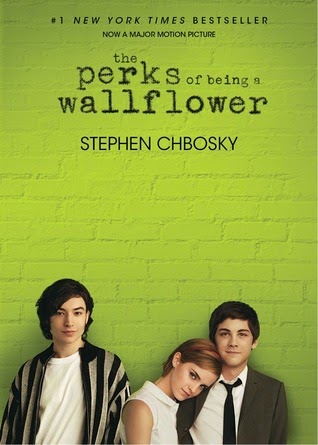 This is probably a fantastic book when you're 15, but I'm not anymore.

Now that I've read the book, I give myself permission to watch the movie, which features Emma Watson as Sam. I don't know of the actor playing Charlie himself, Logan Lerman, but the actor playing Patrick is Ezra Miller. I last saw Miller in We Need to Talk About Kevin, a film I watched despite not having read the book.

This is Ezra Miller in a 2014 photo by Nick Step, via Wikimedia Commons. Of all U.S. actors of Eastern European Jewish descent, he is surely one of the most Middle Eastern-looking, with dark eyes, olive skin, and dark curly hair. Of course, we Jews are a very diverse ethnicity, all sharing the same Middle Eastern DNA (also shared with our Arab sibs) yet ranging from blond and blue-eyed to brown-skinned with African features. Ezra Miller could join the Israeli army and from his looks, no one would know he wasn't a sabra. Especially since he practices Judaism as a religion.

Going on this year's list of Hanukkah hotties? I think maybe so.

I'll have to get The Perks of Being a Wallflower at the video store, since it's unavailable on streaming Netflix, and my local library doesn't have it. Streaming Netflix actually kinda sucks when it comes to catching up on young adult page-to-screen. It doesn't have The Book Thief, Ender's Game, or The Mortal Instruments: City of Bones.

You Say Witch Like It's a Bad Thing: Thea by George Saoulidis. $2.99 from Smashwords.com
When a teenage witch goes to a new school, she finds herself in an unfamiliar place with no friends. But will she manage to befriend some of the girls in class, when she’s anxious about revealing herself to others, when she’s still coughing up water from the last time she trusted people and when her new friends want to try her magick on a tennis match?
Posted by Erin O'Riordan at 11:05 AM

Email ThisBlogThis!Share to TwitterShare to FacebookShare to Pinterest
Labels: Emma Watson, Stephen Chbosky, The Perks of Being a Wallflower, YA Books, young adult books

Update one year later: The library around the corner now has DVD copies of all of those movies except 'Ender's Game.'