Venice and its Connection to 'Sometimes in Dreams' – Guest Post by G.L. Helm

Large parts of my novel Sometimes in Dreams is set in the beautiful old city of Venice. It became one of my favorite cities in the world during the time I lived in northern Italy. Old Venice is now more museum than city. The old powerhouse Venice is now on the other side of the lagoon.  The canal city is like an elderly, but still elegant, aunt who surprises you with gifts unlooked-for but still welcome. 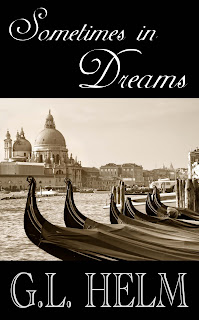 In the novel, a couple of Campos are mentioned.  Those are small squares where businesses of one sort and another are located. Campo San Vio is mentioned because St. George’s Anglican Church is located there. It is the only English speaking church in Venice, consequently tourists from all over the world who speak English come there if they happen to be in the city on a Sunday. The campo and the Church are real and can be visited if you are ever lucky enough to visit La Serranisima which is what most denizens of Venice call the city.  It means “the Serene One.”  I understand why it is called that now with its smooth flowing canals and slow moving gondolas, but I don’t understand how it came by the name from its past. Venice was a bustling trade center for centuries and I can imagine the canals being as jammed as a New York street when La Serranisima was queen of the Adriatic and points east.

Another campo mentioned in Sometimes in Dreams is Campo Redemptor the place where Daniel and Kit have their star-crossed meeting. I am sorry to say it doesn’t really exist, though Bar Redemptor does actually exist. It is in a much more bustling part of the city than where I placed it and is much more of a ‘dive’ than the one I created.  I borrowed the look of Bar Redemptor from a couple of other places not actually in Venice . I used a place called Mario’s which is in Aviano, a little town  closer to the Dolomite Alps than Venice. My apartment was there and it is pretty accurately described in the book, though I stretched it into a house there.

It is pretty hard to get lost in Venice now-a-days because almost every corner of every narrow alley has a sign posted on it pointing toward St. Mark’s Cathedral, but it can still be done. The streets are very narrow in most places and the buildings multi-storied. They can be rather oppressive making one feel like a cow being driven down a loading chute, but after walking down one of these alleys you suddenly burst forth into a campo, just as I described in the book  and all feeling of oppression or claustrophobia evaporates. Every window of the campo is decorated with overflowing multi-colored geraniums giving the impression of finding one’s self in a multi-level garden. This is true during the summer when the geraniums are meant to keep the flies away since no one has window screens, and the flowers do an admirable job of insect control. In winter, most of the flower boxes are filled with another type of flower, the name of which I don’t recall. They equally beautiful but have no insect control purpose. They better tolerate the damp chilly weather of Venice in winter.

Sometimes in Dreams is a picture of Venice accurate enough to help the reader understand why poets and writers like Thomas Mann, Lord Byron, Ernest Hemingway, and Ezra Pound fell in love with that fabled city, and why I love it so.

Daniel Pentland is a broken man; torn between the two women in his life. He is tormented by guilt over his love affair with a beautiful English girl he met while living in Italy, and the loyal devotion of his wife, Amanda.

Two years after the tragic death of his lover Kit, he is continually haunted by her memory. Across the sands of the Mojave Desert, her voice calls out to him, pulling at his heart and his memories.

Each night as Daniel wakes screaming and fighting against the phantom of Kit’s killer, his wife does her best to soothe his pain and help him overcome his grief.

Sometimes in Dreams is a story of redemption through a love that simply refuses to die. 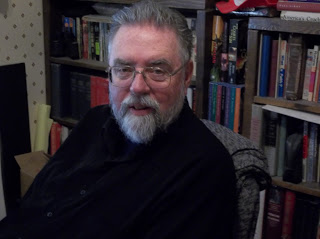 G. Lloyd Helm is a 'ne'er-do-well scribbler'—novelist, short story writer and poet—who has tramped around the world for the last forty years thanks to his long-suffering military wife. He has lived in Germany, Spain, and Italy. His epitaph will read, “He married well.”