Am I a little late to jump into the Anthony Weiner fray? Maybe so, but this isn't really about an ex-Congressman with an awesome Muslim feminist wife and a sexting habit. This is book blog, damn it, and the inspiration for this one is The History of Love of Nicole Krauss, a nice Jewish book like your mother always wanted you to read. It happens to be what I'm reading right now.

As you may have guessed from previous blog posts about Hanukkah and "Spicy, Earthy, Sweet," in addition to being Irish on my dad's side, I'm Jewish on my mom's side. I belong to the Templin family, formerly of Warsaw, Poland. That's right, I'm straight-up ghetto. Ethnic Judaism comes to me straight through my motherline: my mother is Jewish because her mother was Jewish, because her mother was Jewish, and so on and so forth.

The History of Love is not my favorite Jewish fiction ever. That might be Nomi Eve's The Family Orchard

or possibly Mona in the Promised Land

by Gish Jen. I like it, but I don't love it. I understand why my alma mater chose it for the college's first-ever book club selection, because it's well-written and charming, but nonetheless it fails to knock my socks off.

And speaking of socks off...

Call it tribal identification, or simply acknowledge I have widely varying tastes in sexy, but I like the Semitic look. I kinda think Weiner's hot. Jewish Mayhem magazine has the Hebraically hot chicks covered, so this post goes out to the five Jewish dudes I'd most like to see lewd.

1. Adam Levine
Wish granted! The Maroon 5 lead singer took it all off for a Cosmo photo shoot, with only his Victoria's Secret supermodel girlfriend's hands to cover up his junk. Someone on Zimbio commented that this photo makes him look like there's not too much to cover. To that person I say, Israeli-American dudes are internationally world-famous for having not so much the inches, but the fatness. Beer cans are often referenced in comparison.

(In her book Thanks for Coming

, Mara Altman went to Israel to test this theory.) 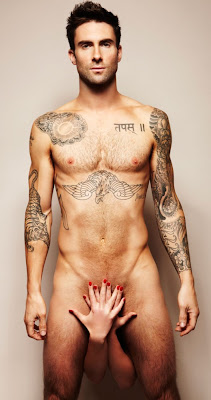 He has a lot of tattoos for a Jewish guy. He was the inspiration for temple cantor Ilan Kauffman in "Bat Mitzvah" and "The Hope."

2. Harrison Ford
I wrote a bit about the Harrison Ford thing already...part of it's historical, left over from the days of Star Wars, part of it is yet another one of my old-guy crushes (cf. Gabriel Byrne, Jean Reno, Liam Neeson), and part of it is, well, he's Irish and Jewish, too. Great combo. 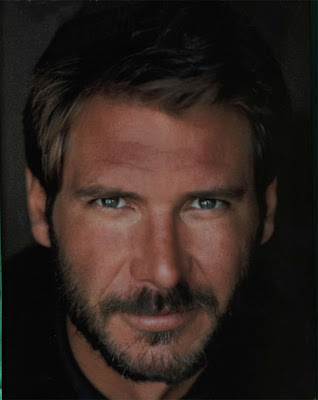 As an added bonus, he's married to Calista Flockheart who, in addition to being completely sexy in her own right, touched her lips to the lips of Christian Bale in A Midsummer Night's Dream. Excuse me if I space out for a few moments thinking about Harrison Ford kissing Christian Bale... 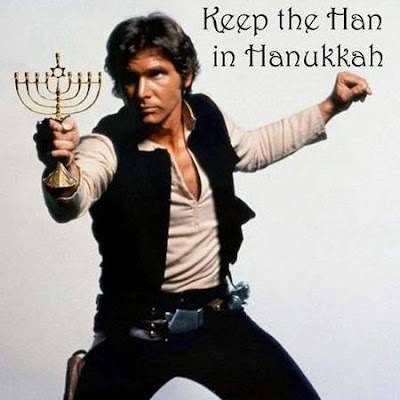 3. Leonard Albert "Lenny" Kravitz
Lenny sings. He rocks out. He looks great with long hair or short hair. Either way, I say "Let Love Rule." Does he not have the most kissable lips? 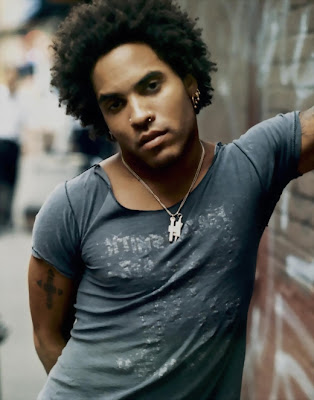 Added bonus: Neneh Cherry wrote the song "Buddy X" about him, and it's one of the great '90s female anthems.

4. Jakob Dylan
Bob Dylan's blue-eyed baby got the looks and the voice! No visible tattoos on this Jewish rock star, but I'd still like to check. 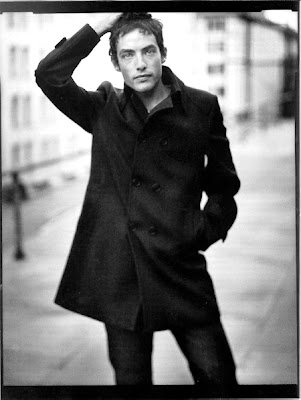 Jakob Dylan was probably my #1 celebrity crush of the '90s. Guy crush, I mean. Uma Thurman was the actual #1. I borrowed his first name for the husband of my fictional ancestress, the pirate Raven Rachel Templin.

5. Eli Roth
This guy you either love or you hate. I think he freaked some people out with Hostel, which I have not seen. As The Bear Jew in Inglorious Basterds, IMHO he managed to be hotter than Brad Pitt. With that buff body, he looks like a hot Krav Maga instructor. 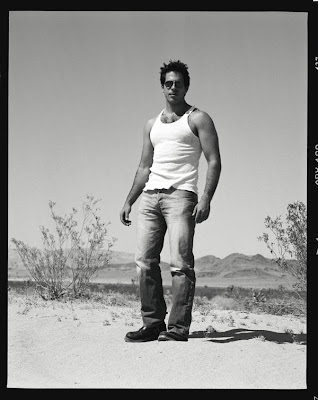 Honorable Mention: Adrien Brody
Do I hate almost all of his movies? Yes. Cadillac Records especially, as it seemed to hit every Jewish stereotype in the book. He walks around saying, "The money!" like he's starring in an episode of The Jew, The Italian and the Redhead Gay. Written by Louis Farrakhan, directed by Borat? Maybe. Even if he makes me say, "Et tu, Brody?" and makes terrible film choices, I still want to kiss his badly-reset Hebrew nose. 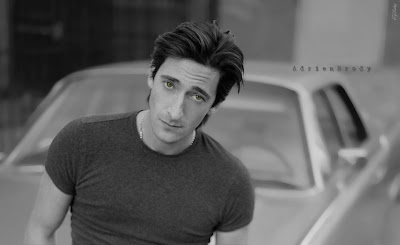 That's my list. Blog symmetry dictates that I go out on the note I came in with. So, for your viewing pleasure, I close with a gratuitous photo of Huma Abedin's dude. Dignified? No, but kinda fun nonetheless. 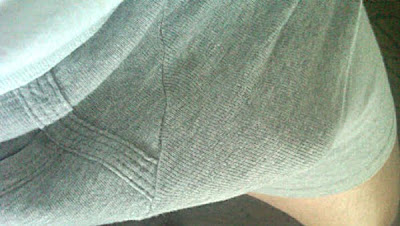 I gotta say, as I adore Bob Dylan - his sexy son wins me over! Although its a close call. Super-nice post Erin. Shah. X

Your girlfriend had an orgasm because she was thinking of the Bear Jew.

Dairy Queen used to be Dairy King before the Bear Jew made it his bitch.

The Bear Jew once swallowed an entire bottle of sleeping pills. They made him blink.

All 99 of Jay-Z's problems are the Bear Jew.

The Bear Jew is the only person to ever win a three-legged race without a partner.