Erin's review of 'The Transformation' by Natasha Rostova 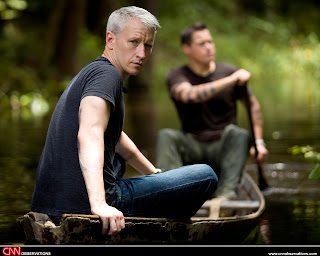 In the final story, Cassie, an English professor studying the three-way relationship between feminist Mary Wollstonecraft, poet/painter William Blake and painter Henry Fuseli, discovers her interest in Olive, Nicolas' assistant at the book shop. Scholarship imitates life as Cassie and Olive open up their new relationship to include Cassie's hippie research partner (and Tantric guru) Adler.

In a neat little footnote, Adler intends to study the relationship between Byron and Shelley. Even before I saw Gothic, I was intrigued by the sexual possibilities of Byron and Shelley, so aptly portrayed by Gabriel Byrne and Julian Sands in that film. I recently wrote a short story, "Hungry Things," that riffed on that relationship.

There are no traditional happily-ever-afters in The Transformation, but each woman enjoys the experience. Rostova acknowledges she based these contemporary tales on the skeletons of the classic fairy tales of the princess and the frog, the princess and the pea and Thumbelina. There are very few fairy tale elements in the resulting trilogy, but much to satisfy the grown-up reader of tales.

I purchased this book at Borders and was not compensated for this review in any way.
Posted by Erin O'Riordan at 5:05 PM

Nice review and Good Blog !!
Thanks for visiting mine...Cheers

A bit of further commentary:

Last night on Facebook, Feo Amante (http://www.feoamante.com/) mentioned a post in which he'd questioned Harrison Ford's acting abilities. I piped in with something to the effect of "Who cares? He's hot. Old Irish-American guys are hot. See also: Gabriel Byrne." Having made that comment, and being recently exposed to this clip from 'Gothic' (and a previous clip that had stills from 'Stigmata'), I dreamed this last night:

I was living in Ireland, shacking up with a priest, probably Father Andrew Kiernan. He was still performing his liturgical duties as if he were still sanctified, despite living quite sinfully with yours truly.