Praised are You, Oh Lord, our God, ruler of the universe
Who has made us holy through God's commandments and
commanded us to kindle the Hanukkah lights.

--Blessings of the first night of Hanukkah
The Little Book of Hanukkah, Running Press

"Kindle the taper like the steadfast star
Ablaze on evening's forehead o'er the earth,
And add each night a luster till afar
An eightfold splendor shine above thy hearth.
Clash, Israel, the cymbals, touch the lyre,
Blow the brass trumpet and the harsh-tongued horn;
Chant psalms of victory till the heart takes fire,
The Maccabean spirit leap newborn."

--From The Feast of Lights by Emma Lazarus
The Eight Nights of Hanukkah, Peter Pauper Press 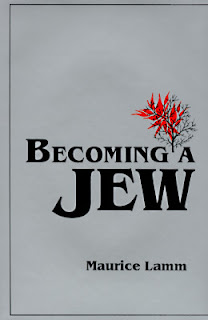 "Hanukkah is remembered not only for the miracle of the lights that burned in the Temple, but for the miracle of bringing light to a darkened world. The days of December in which Hanukkah usually falls are the shortest in daylight and the longest in night of the entire year. On the twenty-fifth night of Kislev, the moon begins to shrink from sight altogether, and at the winter solstice, the sun begins to weaken and sheds least of its warmth on the cold earth. It is a time of year when a little light must go a long way. Running counter to the natural process of diminishing light, the ceremonial candles grow in number, shedding more light with each successive night." 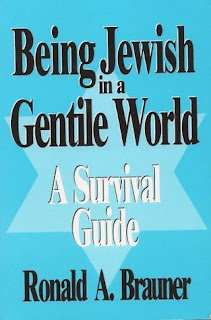 --Being Jewish in a Gentile World: A Survival Guide by Ronald A. Brauner

"Although America's consumer culture has tried to make Hanukkah into a Jewish version of Christmas, it remains a modest festival of candle-lighting and potato-pancake frying." 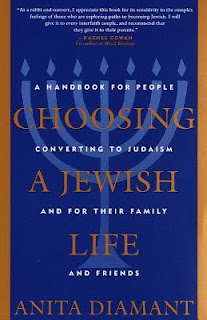 "Hanukkah may be twentieth-century Judaism's most popular holiday--surely it is the best known amongst gentiles. Of all the holidays in the entire Jewish calendar, it is the last holiday of the ancient world; it is the only one not based on a biblical narrative; the only one that celebrates a military conquest; the only holiday based on a miracle not instituted by a prophet; the only one not celebrated by a synagogue special service, or by a scroll, or by biblical reference. But, as the Hanukkah lights are increased by one for eight nights, the power, the significance and the popularity of Hanukkah and its message grow ever brighter--from day to day and year to year." 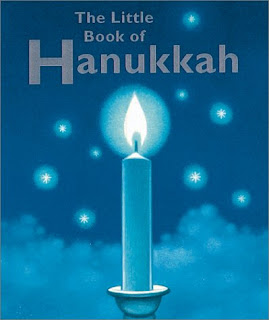 "Each side of the dreidel has a Hebrew letter. Each letter represents the first letter in each word of the sentence Nais godol hayah sham, which means "A great miracle happened there."

But that's largely due to a lack of education amongst pagans.

Joseph Campbell, who has a lot of respect amongst pagans, tells us about a painting in the Borge Appartments in the Vatican, which shows Moses and Hermes at the foot of Isis. Campbell himself taught, for many years, at a college for Jewish women.

Many ideas about magic and alchemy are permeated by Jewish thought.

The relationship between Celtic paganism and Judaism deserves far more attention than it gets.

Absolutely! Judaism owes as much of its tradition to Near Eastern paganism as Christianity owes to European pagan practice. Thanks for the insightful comment.