Is there anything more dramatic than when Dido’s “Here with me” kicks in when rick won’t tell kiera knightly he fancies her #loveactually
— Scarlett (@scarlettwith2ts) December 23, 2017


...reminded me that Andrew Lincoln, the actor from Christmastime favorite Love Actually who also plays Rick Grimes on The Walking Dead, was also in the 2009 BBC miniseries production of Wuthering Heights. (His character's name in Love Actually is Mark, and Mark is declaring his love for the wife for his supposed friend Peter.)

He even gets to be a little bit sexy and we, the viewer, get a little preview of the butt.

So I did this. 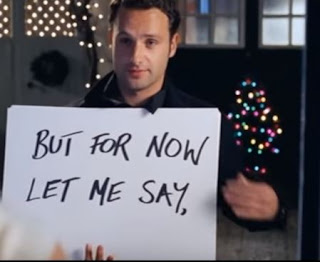 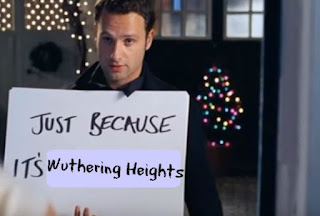 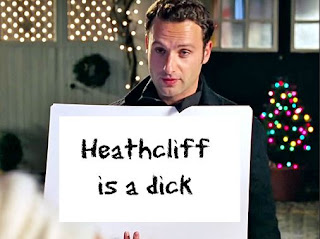 Well, he IS. He should have been nicer to Isabella. And to dogs.

But the 2009 production is what introduced Catherine actress Charlotte Riley to Heathcliff actor Tom Hardy, and the couple has been together in real life ever since. They're on Season 4 of Peaky Blinders together -- although not in any of the same scenes. Which is a real shame, because her posh character May is bad for Tommy Shelby, but she might have been great with Alfie Solomons.

Yep, I binge-watched the entire fourth season of Peaky Blinders on Christmas Eve. It also had Adrien Brody, my beloved Geoffrey Fife from The Thin Red Line. I did not love the way he played his character Luca. It seemed like he was doing an awkward impression of Marlon Brando in The Godfather.

Although not played by an actor on the show, it was mentioned that one of Luca's rivals was a Chicagoan named Alphonse Capone. You know who has played Al Capone? 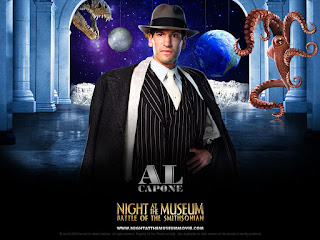 The Impossible Quest Of Hailing A Taxi On Christmas Eve by George Saoulidis. $3.99 from Smashwords.com
Scrooge Is Looking For A Taxi In this modern retelling of Charles Dickens' "A Christmas Carol," Scrooge is looking for a taxi to get home on Christmas Eve. But he will get the ride of his life, as he is walked through his past, his present and his future to end up a changed man. Set in modern day Athens, this science-fiction version of the classic ghost story is guaranteed to make you smile.
Posted by Erin O'Riordan at 9:28 AM

I can't believe I haven't seen 'The Godfather' yet - so many references go way over my head!