I told myself I would take a hiatus from YA books after reading This Star Won't Go Out, but obviously my hiatus has already ended. So what if I'm occasionally reading the same book as my 10-year-old niece? Books like this one make me happy.

Based on my personal enjoyment of this book, I'd give it five stars, but I think four stars are appropriate since it isn't going to mean nearly as much to someone who hasn't read the Divergent trilogy. I'd read the first story, "The Transfer," when it was available as an e-book for Nook. The first time I read it, it struck me as poignant and insightful. It was nice to read it again and be reminded of the small details that make up Four' character.

One thing that bothered me slightly: Roth describes both Amar and Zeke as "dark-skinned." Amar is Middle Eastern/North African and Zeke is La Raza. Surely they don't have the exact same skin tone. Is Roth trying to say that Tobias, her narrator, divides the whole world into "dark-skinned" and "light-skinned" people? That's not very Abnegation. Perhaps Roth just didn't realize she could use more rich and varied words to tell us what Zeke and Amar look like. Rookie mistake, maybe.

The other two stories that take place before Four meets Tris, "The Initiate" and "The Son," also struck me as being poignant, especially where they address Four's complicated relationship with his mother.

Then, in "The Traitor," Tris appears. Why did I imagine it wouldn't be painful to revisit Tris and Four's relationship? I kind of felt like my heart was caught in a vise as I read some of Four's first impressions - his first stirrings of love - towards his soul-mate. At the same time, spending some more time with FourTris is a wonderful gift from Ms. Roth. The third of the three "exclusive scenes" at the end is especially romantic, if you're into that kind of thing.

Which I totally am. 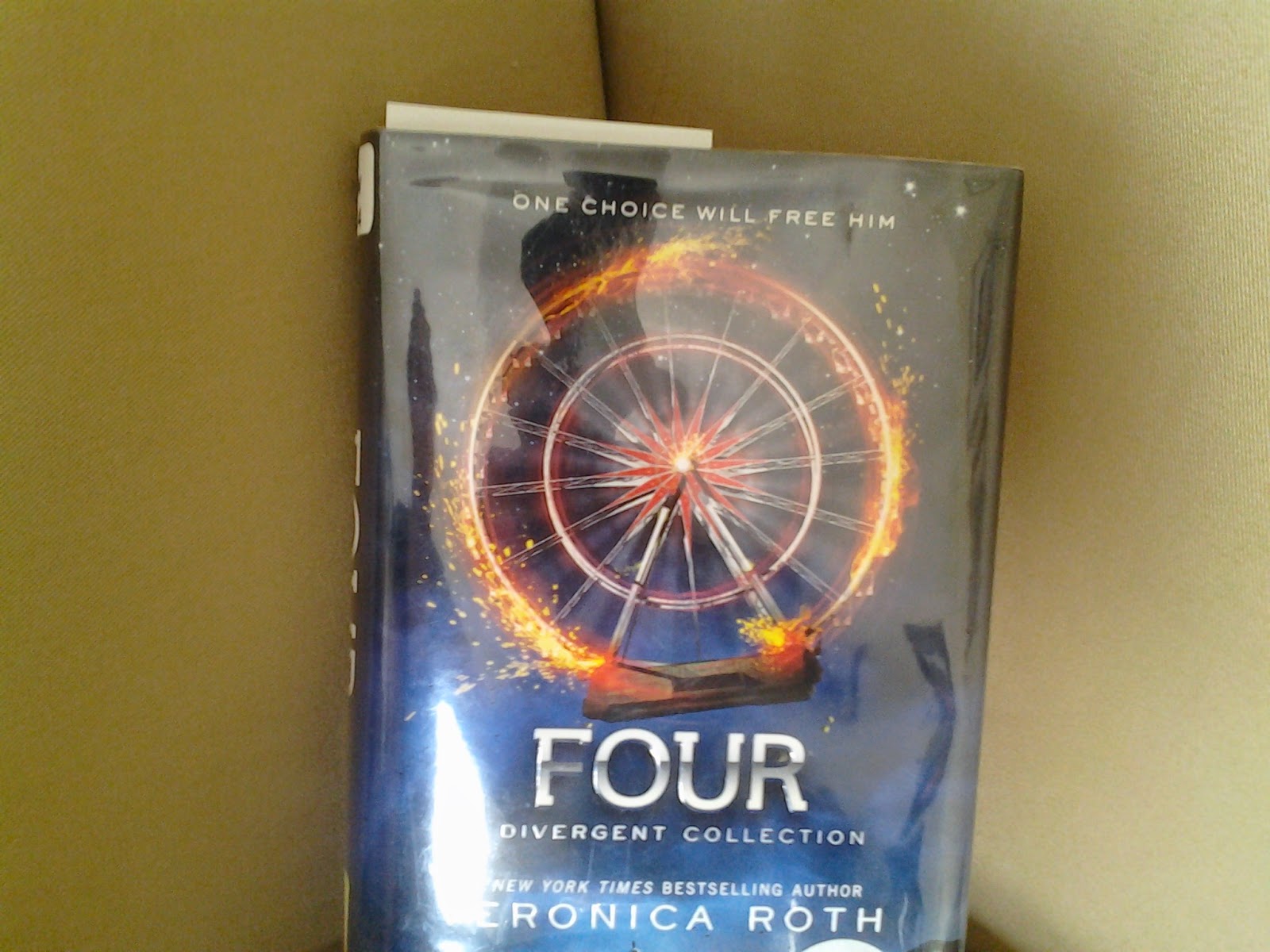 The copy I read was on loan from my local library, although I wish it could live in my house. When the Collector's Edition of Divergent comes out (October 21, 2014), I'm buying that for myself. I might even pre-order it. Heaven help me, I loved the Divergent series, and it's a world I'm not yet willing to leave.

I keep meaning to finally start this series! Everyone says amazing things about it.

I really enjoyed it.

I loved Divergent, but felt that each book following was weaker and weaker. But even so, I still think I'd enjoy this, especially since it means more time in a world that I'm a bit fascinated with.