My original idea for Night Four was David Duchovny. 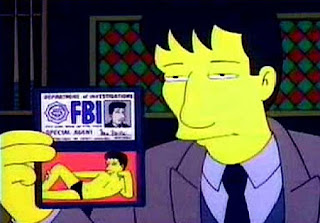 It's been a few years, but once upon a time, I had a huge crush on David Duchovny. Today he may be best known for Californication, but back in the day, the Scottish-Jewish fox was must-see TV as Agent Fox Mulder of The X-Files.

For David Duchovny, I saw a movie called Playing God in the theater. It's a bad, pulpy crime flick about a drug-addicted doctor who goes to work for a gangster. It did have a rockin' soundtrack, though ("Trigger Hippie" by Morcheeba? Still a great song). It was also the first movie in which I ever saw Angelina Jolie.


Oh yes, and Bree Sharp had a minor pop hit with a song called "David Duchovny:"

But now, I'd much rather do a post about the Hanukkah Hotness that is Joseph Gordon-Levitt. At first, you just thought he was the kid from Third Rock From the Sun.

But then, hubba hubba. Oh, yeah, and isn't he in some kind of Batman movie or something?

Of course you remember him in 10 Things I Hate About You, right? Based on The Taming of the Shrew, 10 Things ranks among the greatest of near-Shakespeare films, right up there with Hamlet 2 and Were the World Mine.


It is a science fact that a hot boy is 39% hotter when he is reading a book.


With short hair or with long hair.

(Fun Hollywood Babylon fact: the book originally referred to Montgomery Clift by the nickname "Princess Tiny Meat," but Clift's lawyers made author Kenneth Anger take out the reference. I think I can say that without getting sued now, because Patricia Bosworth reported it in her biography.)