With Which 10 Folks Would You Most Like to Drink Wine?

I'm freshly back from enjoying Harry Potter and the Deathly Hallows, Pt. 2 on the big screen. Wow. I'm not sad to have come to the end of the movie series. I'm excited I got to see J.K. Rowling's books translated into film at all.

I agree with the critics who said the last film is the best of the eight. Part of the reason why it's such a bittersweet pleasure is Severus Snape, played with subtlety by Alan Rickman. A couple of weeks ago on her blog, Jennifer Spiller wrote a post called "Don't you just LOVE Alan Rickman?" The short answer is yes. 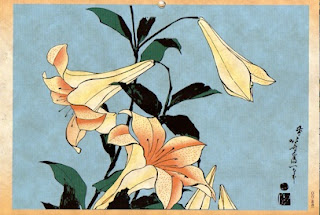 The long answer is this: The hormonal tide had turned in such a way that I was predisposed to cry at the movies today. When I read the book, I wept profusely as Harry valiantly marched into the forest to meet Voldemort. At the movie, I got choked up over Fred, Remus and Tonks. (I'm a huge Remus and Tonks fan.) What really made me weep, though, was Snape cradling Lily Potter's lifeless body. Harry going off to die? No problem. Snape's love for Lily, on the other hand, brought on the waterworks. Jennifer Spillman totally called that one.

Yesterday while blog hopping yet again, I came across "10 People I'd Meet For a Glass of Wine" by Kim at My Inner Chick. Kim's wine list is as follows:

That's a pretty good list - feminist, literary and with a couple of hot guys thrown in for eye candy. In my comment on My Inner Chick, I composed the following extemporaneous list:

Now that I've had some more time to think about it, though, I'd like to revise my answer slightly. While I do admire the author of Push

, the basis of the movie Precious, and think Sapphire would be fascinating to have a drink with, I'm going to ditch her in favor of Alan Rickman. Kim had Johnny and George to drool over, while I only gave myself Christian Bale.

I know, I know..."only" and "Christian Bale" don't even belong in the same sentence. To say I only have Christian Bale to drool over is like saying I only have five sweaters and a heat lamp to keep me warm. He's more than adequate. He's the male yumminess equivalent of an entire chocolate chip cheesecake. With cherries. Yet somehow in my daydreams I can still have more. More English dudes. Ones who have those British Charm Units that make this American gal want to drop her knickers. (I think they made Christian Bale surrender his when he applied for American citizenship.)

No way would I even consider ditching Madonna. Courtney Love would be super-interesting, especially if we seat her next to Camille Paglia, with whom she's had a public battle of contrasting feminist theories. Plus, Paglia can talk about poetry like nobody's business. Break, Blow, Burn

, anyone? It's an astounding book. 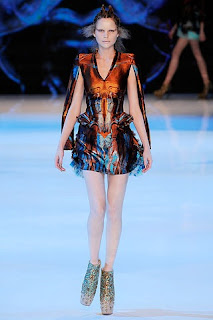 Lady Gaga would make me drool, dance and wish I'd worn something more Alexander McQueenish, plus provide an interesting foil for Love, Madonna, and Paglia, so she stays in. Gloria Steinem is an icon, an inspiration and Christian Bale's stepmom, so she stays on the guest list. The only other one who's remotely expendable is Winona Ryder. Girl, I love you in everything from Little Women

to Dracula to the new Star Trek, but you gots to leave...so I have a spot for Colin Firth.

The BBC's Mr. Darcy is my newest crush. He never made it into the Potter films, but he was in The King's Speech with Michael Gambon (Dumbledore), Helena Bonham Carter (Bellatrix LeStrange) and Timothy Spall (Wormtail). He definitely comes with the British Charm Unit.

What a great post. I will have to think over my list. But I'm thrilled you both chose, and would certainly include, Maya Angelou. What an amazing woman?

Christian Bale is hot, as is Mr Depp. And Owww! Alan Rickman is drawl fest. In a weird way and I think a lot of it has to do with his smooth voice. My sister completely concurs!

Today I have Brooke Moss and her freebie e-book. Tomorrow I have the usual weekend creation blog hop and in light of the UK riots, a special post to accompany it.

Hope to see you there. Shah .X