What Would These Harry Potter Characters Do in Real Life?

What might our favorite Harry Potter characters do for a living if they lived in the Muggle world? Based on their magical careers and personalities, these occupations might suit these Harry Potter main characters in the real world.

Please note that some of the character information used in this post is derived from Harry Potter and the Cursed Child. If you haven’t read that book or seen the play yet, be aware that you may be reading spoilers.

We know that in the magical world, Harry James Potter became an Auror, a magical law enforcement officer. He rose through the ranks and by the time he was forty he became head of the Department of Magical Law Enforcement.

In real life, Harry would be a police officer or a detective. He would most likely be a detective, responsible for gathering evidence and assembling the facts of criminal cases in preparation to go to trial with them.

Ronald Bilius Weasley worked with Harry as an auror for a time, but his law enforcement career didn’t last long. He left the Ministry of Magic to work with his older brother George at George’s retail store, Weasley’s Wizard Wheezes, the joke shop located at Number 93 Diagon Alley.

As the manager of a store selling props for magic tricks, novelties, candy, and fireworks, Ron would be classified in the real world as a "first-line supervisor of retail sales workers" (in the language of the U.S. Bureau of Labor Statistics). If he lived in the U.S., he might run a seasonal pop-up store that sold Halloween costumes and decorations. Given his wife’s more high-paying career, it’s also likely Ron would take some time off from retail sales to be a stay-at-home dad to his daughter Rose and son Hugo.

Hermione Jean Granger, despite being the daughter of two dentists, grew up to work her way through the Ministry of Magic and rise to the rank of Minister for Magic.

In the real world, Hermione Granger would work her way up from local politics to be elected to the House of Commons. After years of dedicated service to the people, her party, and the Crown, Hermione would be appointed Prime Minister. We’d refer to her as The Right Honourable Hermione Granger (or, internationally, Her Excellency).

Ginevra Molly “Ginny” Weasley is a former professional athlete, sports reporter, and sports editor for the wizarding newspaper The Daily Prophet. Her sport is Quidditch; she played chaser for the Holyhead Harpies.

In the real world, Ginny’s sport might be football (soccer to U.S. sports fans). While real Quidditch teams do exist (minus the magic, of course), women in England have been playing football for over 100 years.

Ginny would likely be a midfielder in the Football Association Women’s Premier League. With her football experience and, perhaps, a degree in communications, her career path of player to reporter to editor makes as much sense in the real world as it does in the magical one.

Neville Longbottom, like Harry and Ron, started out as an Auror. Then he switched career paths and went on to teach Herbology at Hogwarts.

Since Herbology is not a subject taught at postsecondary institutions in the U.K., real-world Neville might be a professor of biology specializing in plant science. His students might be working toward degrees such as Plant and Soil Science or Molecular Biology (or Cellular Biology) with a concentration in Plant Science. 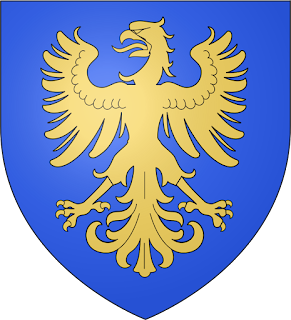 Notoriously eccentric, Luna Lovegood became a magizoologist, specializing in the study and care of magical creatures. This career choice was, no doubt, influenced by her marriage to Rolf Scamander, the grandson of Newton “Newt” Scamander, the author of Fantastic Beasts and Where to Find Them.

In the real world, Luna Lovegood might be an eccentric blogger, perhaps specializing in the field of cryptozoology. As a Ravenclaw, she would naturally be drawn to seek out knowledge and the field of writing. Writing about cryptids such as the Loch Ness Monster would allow her to express her creativity and exercise her curiosity. Her careful attention to SEO (seach engine optimization) would help her find a wider audience and display her Ravenclaw erudition.

Since Neville would work in a hard science field related to biology, he and Luna would have a lot of interesting discussions. He would probably try to explain to her why cryptozoology is classified as a pseudoscience. She would probably remind him of the Dingiso and other cryptids that turned out to be real and encourage him to keep an open mind.
Posted by Erin O'Riordan at 1:05 PM

Email ThisBlogThis!Share to TwitterShare to FacebookShare to Pinterest
Labels: Fantastic Beasts and Where to Find Them, Harry Potter, Harry Potter and the Cursed Child