Banned Books Week: Is ‘The Catcher in the Rye’ Morally Destructive?

“From Here to Eternity is on page 131. I'm pretty sure I read this section before, but I didn't mean as much to me before I finished FHTE…I also learned that the book FHTE beat out when it won the National Book Award was The Catcher in the Rye.

“Catcher in the Rye is a favorite subject of the conspiracy theory bloggers, by the way. See this post at MK Culture, for example, or this post at Pseudo-Occult Media implicating the cartoon ‘Family Guy’ (a cartoon I personally dislike, for the record). The Wikipedia entry on the book mentions that it's been linked to John Hinckley Jr.'s attempted assassination of Ronald Reagan, Mark David Chapman's shooting of John Lennon, and Robert John Bardo's shooting of Rebecca Shaeffer.” 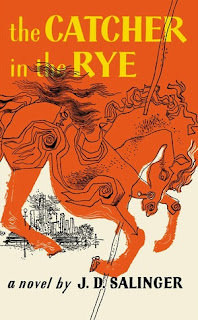 The Wikipedia article doesn’t go into any great detail, and for these past three years I haven’t really strongly understood the connection between the book I read as a teen and real-life incidents of violence. Then I stumbled across this video:

In these videos, Joseph Atwill discusses a blog post he’s written about Holden’s relationship with his younger sister and other post called "The Freemason in the Rye." In the articles and subsequently in the video, he attempts to explain how he interprets some of the more cryptic passages in J.D. Salinger’s text.

Who is Joseph Atwill? If you search for Joseph Atwill within Wikipedia, you’ll find two relevant results. One is the entry for “Christ myth theory,” and the other is the entry for Emilia Lanier. Atwill’s 2013 book Caesar’s Messiah is cited as a source for the former. In the latter, he is credited along with John Hudson as having discovered that Emilie Lanier, the first English woman to publish a book of poetry, was possibly the identity of the “Dark Lady” to whom William Shakespeare’s poems were addressed. The citation there is Atwill’s 2014 self-published book Shakespeare’s Secret Messiah. 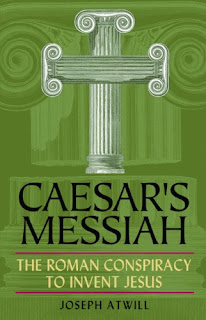 According to Goodreads, Atwill also wrote The Roman Origins of Christianity in 2003. His Goodreads author page links to Atwill’s blog, http://caesarsmessiah.com/blog/.

In the videos, Atwill summarizes his interpretation of The Catcher in the Rye, basically, as follows:

• In the novel, Holden Caulfield (Salinger’s protagonist) mentions being in a secret fraternity.
• Atwill connects that fraternity to the Freemasons because Holden mentions studying the Egyptians (for a test) for 28 days, elements of Freemasonic initiation rituals.
• Holden lying down on Eli’s bed is mentioned three times, which Atwill takes to be a Freemasonic signal.
• The most obvious reason why CITR is connected with various assassinations is that Holden calls his deer-hunting hat a people-shooting hat. Atwill connects the hat with the traditional hoodwink of Freemasonic initiation.
• The titular allusion of CITR is a mishearing of the Robert Burns poem “Comin’ Thro’ the Rye.” Atwill says a different word ("fuck") is used in the original Robert Burns poem in place of “meet” a body coming through the rye. Thus, it has an explicit sexual connotation. Wikipedia agrees that there is an explicit version:

• Atwill contends passages where the 10-year-old sister, Phoebe, is described as being in states of undress are intended to imply an inappropriate relationship between brother and sister. I suppose it makes sense, then, that Holden was studying the Egyptians, since among ancient Egyptian royalty, brother-sister marriages were common.
• He says the last paragraph of the book is the warning that anyone who tells the secret will be killed. He says Mark Twain put the same warning into the end of Tom Sawyer. • Boys are supposed to identify with Holden and girls are supposed to identify with Phoebe. Thus, boys are being conditioned to be violent abusers and girls are being conditioned to be victims.
• Atwill’s call to action in this interview is the request for people who have children in the school systems to bring up these issues with the school boards, ultimately to get books that serve as “weaponized anthropology” out of the schools.

Atwill did not invent the term “weaponized anthropology” to describe cultural artifacts intended to have psychological effects upon those who consume them. He refers to a book by David H. Price called Weaponizing Anthropology published in 2011. Price is an anthropology professor whose scholarly works examine the history of the intersection between military intelligence and ethnography/anthropology. Atwill contends that J.D. Salinger worked on military intelligence during World War II. 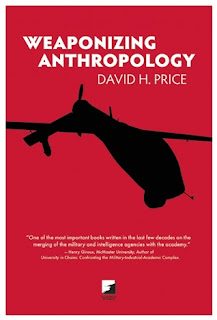 (There is another university professor/author named David H. Price who is a historian, but they are not the same person.)

If you want to read further into the connection between military intelligence and Mark David Chapman, you can do so with our old friend Visup. (You may remember him from the Buddy Holly human sacrifice conspiracy post.) Atwill’s Freemason article also provides the following link:

But basically, Atwill is saying that CITR is a military experiment explicitly written by Salinger to be morally destructive to U.S. culture.

On a slightly different subject, in one of the videos Atwill calls Lewis Carroll a “Freemasonic monster” and refers to an analysis of “The Walrus and the Carpenter.” Along with Lewis Carroll’s nonsense poem, the article discusses the Beatles song “I Am the Walrus.” Atwill contends the poem is about the Biblical book of Revelation (Lewis Carroll was a clergyman, after all) and that Lennon’s song lyrics are about genocide.

So, are the critics right when they want to ban CITR? Should we ban Alice’s Adventures in Wonderland/Through the Looking Glass from schools also? 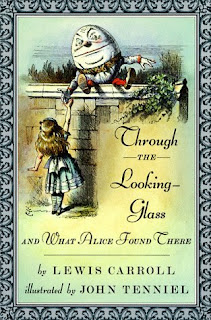 Freedom by Lynne Gordon-Mündel. $6.99 from Smashwords.com
WHAT IF EVERYTHING YOU BELIEVE IS WRONG? What if we have been raised within illusion, within a complex mythology so pervasive, so familiar, so deceptively safe, that it is invisible to most people? The purpose of this book will be to expose some of our myths, thus challenging the ideology that keeps us imprisoned.
Posted by Erin O'Riordan at 12:00 AM

It always saddens me that any book is banned. Throughout history, so many books destroyed. Heart-breaking.

That's just crazy. Catcher in the Rye is harmless, badly written, and depressing anyway, so ...

Okay, WOW! I had to read your explanation three times and I didn't even click any of the links. It's like a Dan Brown book! I believe Atwill can probably make a conspiracy out of anything if he was that thorough. Um, or perhaps drumming up some publicity.... Really, have these people not learned that banning a book is going to make kids run out and read the books to see what they're missing? Silly book banners! Scary, but silly.