First, a caveat: this will be a very difficult book to read for anyone who is sensitive to depictions of sexual assault. An incident of sexual violence is described in detail and becomes a key plot point for the second half of the novel.

That said, this novel is a winning depiction of a fictionalized Emily Dickinson, told in part in Dickinson's own voice and in part through the voice of her Irish-born housemaid, Ada Concannon. Emily sees Ada as a friend and an equal. Over the course of the novel, Emily will confront her own agoraphobia (if we may apply that late 19th-century word to a mid-19th-century woman) and put herself in danger for her new friend. My favorite thing about this novel is its beautiful depiction of female friendship.

My second-favorite thing about this novel is the fiction Dickinson's characterization. Personally, I believe Emily Dickinson is the English language's second-greatest genius after Mr. William Shakespeare. It's wonderful to spend time with the poet in her home environment, getting peeks into the origins of some of her best-known verse. If you read Seth Grahame-Smith's The Last American Vampire (and I don't necessarily recommend that you do), you may remember a footnote that suggests Emily Dickinson's famous reclusiveness was a result of her being a vampire, and a not-heterosexual one at that. I liked that image, and although this novel has nothing to do with vampirism, it does make it clear that Emily's feelings toward her sister-in-law are of a romantic nature. This Emily may be married to words and to her homestead, but she's clearly neither asexual nor heterosexual. And it works as characterization in this context, whatever one may believe about the historical Emily Dickinson.

Nuala O'Connor is the Anglicized name of Irish author Nuala Ní Chonchúir (not to be confused with Northern Irish technology expert Nuala O'Connor). I'm not sure why, in the 21st century, an Irish name would need to be Anglicized, even for the American market. That the English tried to ban the speaking of the Irish language and cut my European cousins off from our ancestral tongue is a sad historical fact. Our indigenous language might well have died out if not for the systematic attempt in Irish public schools to reconnect the current generation with the mother tongue. So I say, at the risk of sounding like a Hyperbole and a Half comic: Irish language all the things!

But that's a bit beside the point unless you're a passionate Irish-American word nerd like me. Bottom line: this is a beautifully written novel about two amazing women and the people and things they care about. Whether you're a devoted American literature fan or simply a lover of authentically-told historical fiction, you will find much to appreciate here.

I received this book through the Amazon Vine program in exchange for this review.

Another book that's available for Amazon Vine review is Amherst: A Novel by William Nicholson. It centers on Alice Dickinson, an English advertising agent who's researching the story of an affair involving Emily Dickinson's brother, Austin. While conducting her research, she begins her own torrid affair with an Amherst College professor. 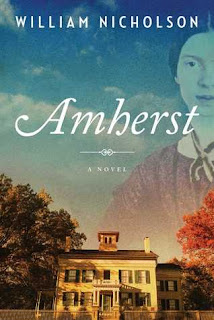 But I shouldn't order another free book for review from Amazon Vine because I need to finish my library book (The Shadows by J.R. Ward - you know I can't stop reading the Black Dagger Brotherhood series). 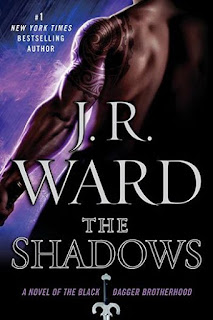 On top of that, I have two more Vine books already coming: The Originals: The Loss by Julie Plec (a book based on the TV series The Originals spun off from the TV show The Vampire Diaries based on L.J. Smith's book series) and Unmasking Juliet by Teri Wilson, a modern retelling of Romeo and Juliet centering on two rival chocolate-making families. Amazon Vine knows my dirty little secret: that I love books that are intertextual with books I've already read. 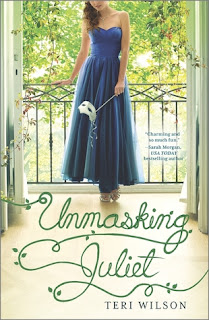