Via my Facebook friend Tim Lieder (the editor of She Nailed a Stake Through His Head: Tales of Biblical Terror - awesome short story collection you should read if you haven't already. I wrote the editorial review that appears on Amazon), I came across this article last night:

Its writer is ACrackedMoon, and the article's contention is that Charlaine Harris' Sookie Stackhouse novels are filled with racism and misogyny, and that Sookie herself is one of the worst offenders. Characters of color are disposable, women are incompetent man-stealing bitches and men are the answer to all of life's problems.

At the risk of my college Women's Studies professor tracking me down and slapping me upside the head with the collected works of Bell Hooks, I've never picked up on this in any significant way, and I've read every Sookie Stackhouse book there is. Granted, I did pick up on Pam making racially insensitive remarks to Tara on recent episodes of True Blood. But I never came to the conclusions that Moon does, calling Sookie "a judgmental fuckwad," "a petty, worthless little shit," and "an ignorant shitstain."


Actually, I think True Blood tried to present a less all-white, more realistic version of the racial makeup of Bon Temps, making Tara an African-American woman, and keeping Lafayette on as a character long after he'd been murdered in the book series.

Caught in the same net of misogyny are urban fantasy authors Jim Butcher and Laurell K. Hamilton. I've never read Butcher, and all I know of Laurell K. Hamilton's Anita Blake is from a single short story I read in some anthology or other.

I wouldn't call Charlaine Harris "talentless," but I will be more aware of Sookie's biases when I read the final novel in the series. I did notice that Sookie was getting mentally tougher after all of her horrifying paranormal experiences, but I never thought of her as mean or as a "redneck stereotype." Moon's got a lot of vivid examples, though. Read the article and decide for yourself. 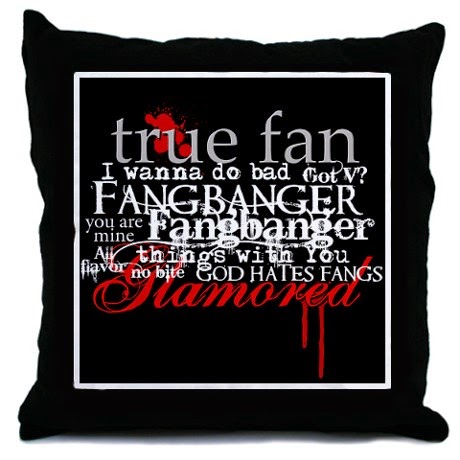 Now, about this movie version of From Here to Eternity from 1953; I watched it yesterday. I figured there were certain aspects of the novel that couldn't be portrayed in films in the early '50s, but it was still a bit shocking to see how much was actually left out. No Violet Ugure, for one thing. No Jack Malloy - the film script doesn't even have Prew going to the stockade. No stockade scenes whatsoever.

No Dana Holmes Jr., either. Instead of bearing Dynamite his heir, then having to have a hysterectomy after he gave her an STD, Karen had a hysterectomy after she went into premature labor and had a stillborn son. That was sad. It precludes the scene in which Junior comes home for lunch, and Milt Warden has to hide in the bedroom closet.

I'll always think of Burt Lancaster in terms of Elmer Gantry. What a great movie that is, based on a Sinclair Lewis novel (which I never read). Arrogant con man (like Sawyer on Lost - I'm up to mid-season 3) tries to roll a Salvation Army preacher, falls in love with her, makes her more worldly while he becomes more spiritual, culminating in great tragedy. Watch that if you haven't seen it already. But I digress.

Clearly, Prew and Lorene are the great love story of the movie, despite the famous beach scene between Karen Holmes and Milt Warden. When Karen and Milt say goodbye to one another, it's not a romantic scene at all. It's much better in the book, when she's trying to feel like he loves her without needing her sexually, and the best he can do to prove this to her is to make love to her without them having intercourse. Of course, that couldn't be filmed in 1953, so instead we have a very sterile scene with them on a park bench, a goodbye with no real emotion. When Lorene begs Prewitt not to go back to his company, it's much easier to believe she's actually offering to give up her life to be with him because she truly loves him. Of course, in the movie there's no implication that he slept with her roommate Georgette. Not that this made Prew a bad guy, necessarily, but he did tend to take advantage of an opportunity.

The emotional climax for Milt Warden is listening to Prew play taps. This is also a very heartfelt and dramatic moment in the book, too. It calls for Burt Lancaster to convey a lot of sadness and thwarted admiration, mostly with his eyes, and it's very beautifully filmed. Monty Clift, playing with huge tears rolling down his cheeks, truly looks as if he's just lost his best friend.

In the movie, you see, Prew is mourning the death of Angelo Maggio. Yeah, the movie killed off Maggio! The whole reason I liked that stupid kid (19 years old in the book, by the way - portrayed by 38-year-old Frank Sinatra) is that he was tough enough to take repeated beatings, fake (mostly fake? It's probably a little bit real, too) a mental illness and thus earn his discharge. Then he rides off into the sunset, off to Mexico to become a cowboy. But in the movie - dead.

Also left out of the film is Isaac Nathan Bloom. Maggio's great drunkenness, for which he ends up in the stockade, stems in the book from Maggio and Prew going out on the town without money on the expectation that gay guys will buy them drinks, although clearly they do not expect to have to do anything in return for these drinks. Maggio, Prew and the two "queers" have a long, philosophical conversation about whether or not homosexuality is a choice - but again, this could not be filmed in 1953. So we don't have the scene with Bloom being investigated on suspicion of being a homosexual. Nor do we get the scene in which Maggio attacks Bloom for Bloom's crude sexual remark about Maggio's sister. In the movie, it's the late Ernest Borgnine as James "Fatso" Judson who whistles at a picture of Angelo's sister. Yeah, they bring in Judson a lot earlier than he appears in the book, and have Judson kill Maggio to give Prew a clearer motive for killing Judson.

I miss Bloom, though, despite his unfortunate tendency to play the "you hate me 'cause I'm Jewish" card. He's like the Finnick Odair of From Here to Eternity: at first he just seems like a jerk and you kinda hate him, then you sympathize, and then he dies and you're like, "Oh, gawd, no!"

So, no Bloom, no "rolling the queers," no Violet, no Malloy, no Junior, no long-term consequences from sexually transmitted diseases in the movie. You have to read the novel, or you're only getting a small portion of the story, with some of the humanity sweated out of it for the sake of a 1950s audience. The movie's a snack, but the book is a delicious buffet.